Made It Moment: Terry Odell 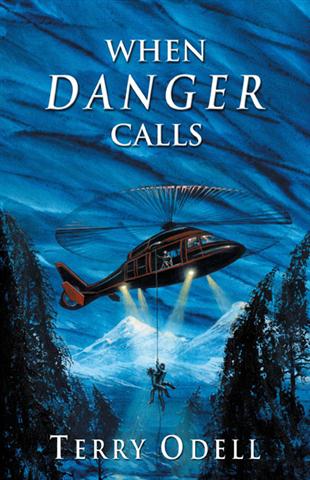 Although I am new to Terry Odell‘s fiction, I have been a loyal reader of her blog for some time now. Terry’s thoughts on writing and life inspire me in these very pages, and always keep me coming back for more. In this new Moment, Terry explains why not making it may be the real goal in the end.

When Jenny asked me to contribute my “Making It” story to her blog, I thought I’d already covered most of it when I responded in the comment section to another post.
However, agreeing to be ‘up on top’ meant I had to put things together with a modicum of coherence. Maybe even a … theme? Not hardly.

But I do think one’s ‘When Have I Made It?’ answer will vary. And should never be static. To me, it relates to the volunteer work I do with the Adult Literacy League in Orlando.

I can’t imagine not reading any more than I can imagine not breathing – and the consequences would be the same, I fear. As someone whose parents will say we moved when I was 12 because I’d finished the library, I’ve always been a reader. Cereal boxes on up. So when I had the time to volunteer, it seemed a given that it would be for literacy. And this article might sum it up.

After working with two students, I became a trainer rather than a one-on-one tutor. This way, my time would put a few dozen new tutors out there, and that meant reaching a few dozen new students. One of the things we discuss at length is taking a student’s goals into consideration. Christina Dodd does a fantastic presentation on the Sidewalk of Success. We all get on the sidewalk. How long we stay is up to us.

When you meet with an adult student who’s finally admitted he or she has a reading problem, you’re all excited and envision them marching across the stage, picking up that diploma, or GED, or discoursing with their coworkers about the impact of a recently read tome.

The reality is, a student shows up with goals. And it’s the student’s goal that matters, not the tutor’s goal. So, the tutor should NOT be surprised if the student comes in wanting to get a driver’s license, learns enough to pass the test, says ‘thanks’ and you don’t see him again.

Or maybe your student wants to be able to read to her children, or grandchildren. When she masters a children’s book, she, too may say, ‘thanks’ and you don’t see her again. You didn’t fail them. They got exactly what they wanted.

Sometimes, their goals change as their horizons expand. They can read Dr. Seuss, but they want to be able to read Charlie and the Chocolate Factory. Or something for themselves, maybe for the first time. So they move that goal farther down the sidewalk.

Likewise with being an author. Perhaps my goal is to get a mass market book published so I can walk into the grocery store and see it. Along my sidewalk, I’ve passed some preliminary milestones – finishing the manuscript, getting it published by an electronic publisher. Then having two more manuscripts accepted. Seeing the books issued in print, and holding them for the first time. Getting an agent. Having a book come out in print in hard cover. Winning awards. Being asked to give presentations.

Sure, there are cracks in the sidewalk. Not having widespread distribution. Having people say, “Oh, you’re a writer? Have I heard of you?” Deciding that your agent isn’t the best match, and having to start from the beginning.

Will I ever reach the end of the sidewalk and say “I’ve Made It?” I sure hope not. Because there’s always a bend in the road, and more sidewalks lie ahead.