Made It Moment: Mary Reed and Eric Mayer 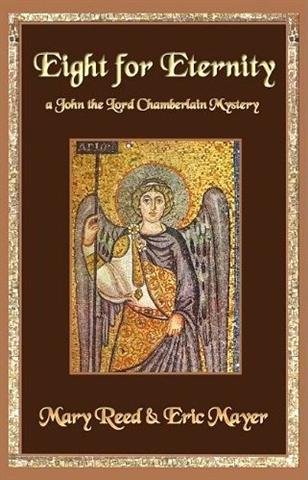 This Moment, the first ever penned by a writing team, has one of the best analogies for success in publishing that I’ve ever read. Take one graphic artist, and a piece of household hardware…OK, I won’t spoil things by saying anything more, but if Mary and Eric’s books are anywhere near as clever and well written, we’re all in for some wonderful reads, as well as some insight into this wonderful, crazy business. 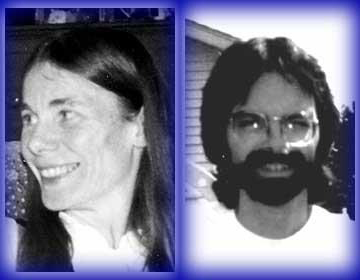 As writers, how did we know we made it? A difficult question. Are we even sure we have made it? It depends on one’s definitions. If “making it” means sitting atop the New York Times bestseller lists, we have a long way to go.

It might be best to think of a writing career as a series of steps on a ladder, though sometimes one that must surely have been made by Escher. A ladder without any obvious beginning or end, where you can be going up from one perspective and down from another. At this point we can with all modesty say that we are climbing the ladder, or at least clinging to the rungs.

We knew we had got our collaborative feet on the fiction writing ladder when we sent “An Obo Mystery” to Ellery Queen Mystery magazine and rather than the usual standard rejection slip there arrived in our mailbox an acceptance.

We reached another rung in 1998 with the sale of our first novel, One For Sorrow, to Poisoned Pen Press. Having an actual book published seemed so astonishing that we’re not sure we actually knew for certain we had made it there until we had the hard cover copy in our hands, or perhaps it was on Christmas Eve, the year before publication, when our publisher emailed us a .jpg of the cover.

Now we are a few steps from our beginning and hoping to sell a new mystery series set in Victorian London. Poisoned Pen Press, with typical generosity, encourages us in this new endeavor, so perhaps we shall go up another rung soon. But as for the top of the ladder….who can say where that might be?

And what if we were selling millions of books? Maybe we still wouldn’t have reached critical acclaim, or won the Pulitzer, or if we had won the Pulitzer, the Nobel. Or maybe if we’d have won over the critics and prize judges but hadn’t made the bestseller lists, we’d be wishing we could sell more. But, of course, the Nobel comes with a cash prize. But then again, have you really made it, in any field, if you don’t have your own reality television show?

The husband and wife team of Mary Reed and Eric Mayer began writing together in 1992. After publishing several short stories in anthologies and in Ellery Queen Mystery Magazine, their first full length novel featuring John, the Lord Chamberlain to Emperor Justinian appeared in 1999. The American Library Association’s Booklist Magazine has named the novels as one of its four Best Little Known Series.