A Night with Edgar

I am thrilled to welcome back author Stefanie Pintoff whose Made It Moment appeared here on suspenseyourdisbelief a little less than a year ago. Now she’s back, fresh off the thrill of her Edgar win for Best First Novel, telling us what it’s like to attend the “Oscars of the mystery world”. As you’ll see, there’s glamor, nerves, and even some rollicking good fun. 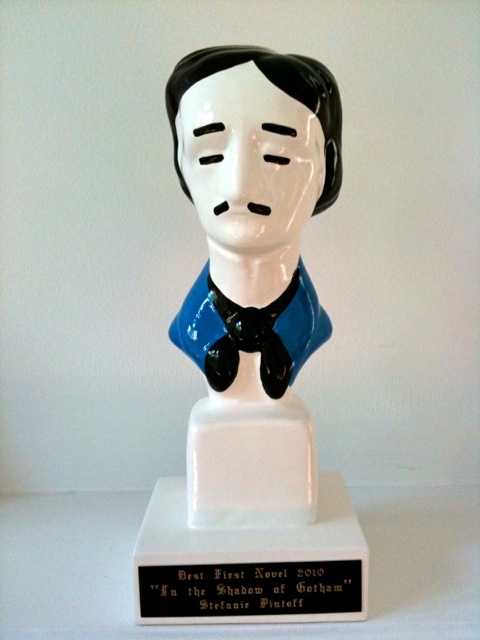 Jonathan Kellerman for When the Bough Breaks in 1986.

Patricia Cornwell for Postmortem in 1991.

Michael Connelly for The Black Echo in 1993.

Steve Hamilton for A Cold Day in Paradise in 1999.

David Liss for Conspiracy of Paper in 2001.

It’s unbelievable to me that I would ever have anything in common with the other names on that list. But, as of last Thursday, each of us has won the Edgar® Award for Best First Novel.

The list above is only a sampling, but it shows what heady company I suddenly find myself in. No wonder it doesn’t yet feel real!

The day of the Edgar Awards was simply amazing. A delicious lunch with my editor at Gramercy Tavern – a terrific choice for a special occasion. A pre-banquet reception with all nominees. Then the black-tie banquet itself, at a table with other Minotaur authors and editors including C.J. Box (long a favorite author of mine and my husband). It was a delight meeting him and his wife. I also sat with Janice Hamrick, this year’s winner of the Minotaur Books/MWA Best First Crime Novel Award (the same contest that launched my own debut crime novel into publication).

Then the announcements began, including the Raven award to the fabulous Mystery Lovers Bookshop of Oakmont, PA and the Ellery Queen Award to Poisoned Pen Press. Best First Novel was announced at the end of the evening, second to last.

I enjoyed every minute of my nomination for the Edgar® award. In fact, I didn’t want it to end – and I resolved to relish that moment Thursday night when my name and book cover flashed on the giant screen while Jane Cleland and Steve Hamilton introduced the nominees for Best First Novel. Heady company again, to hear my name and novel listed alongside David Cristofano’s The Girl She Used to Be, Bryan Gruley’s Starvation Lake, Heather Gudenkauf’s The Weight of Silence, Sophie Littlefield’s A Bad Day for Sorry, and Attica Locke’s Black Water Rising. All terrific and deserving books.

Then Jane read the winner: In the Shadow of Gotham. I’m sure she said my name as well, but I didn’t hear it amidst the raucous noise at our table.

The rest of the night is a blur of happiness. So many well-wishers, including Michael Connelly himself! A heavy ceramic bust of Edgar Allan Poe with my name on it. My name – imagine!

It was a celebratory night for my publisher, Minotaur Books, as John Hart won Best Novel for The Last Child and S.J. Bolton won the Mary Higgins Clark award for Awakening (awarded the night before).

Edgar is now at home with me. He sits high on my shelf, safe from the dog – though I’m told that MWA will repair him should any damage ever befall him! He reminds me of the many people who have encouraged me in my writing – and represents the ultimate validation of my efforts. There could be no better start to a debut novelist’s career.

Of course, the names that precede mine on that list impress us today not because of their debuts alone, but because of what they accomplished with later books. Their example is one to inspire all of us who write: to keep improving, trying to make each new book better than our last.

Stefanie Pintoff is the author of a historical mystery series where early criminal science meets the dark side of old New York. Her debut novel, In the Shadow of Gotham, won the Edgar® Award for Best First Novel and the St. Martin’s Minotaur / Mystery Writers of America Best First Crime Novel Award, while also earning nominations for the Agatha Award and RT Reviewer’s Choice Award. Her second in the series, A Curtain Falls, releases May 11, 2010. Stefanie is currently at work on her third novel, which will appear in 2011. A former lawyer and academic, Stefanie lives in Manhattan’s Upper West Side with her husband, daughter, and their family dog. 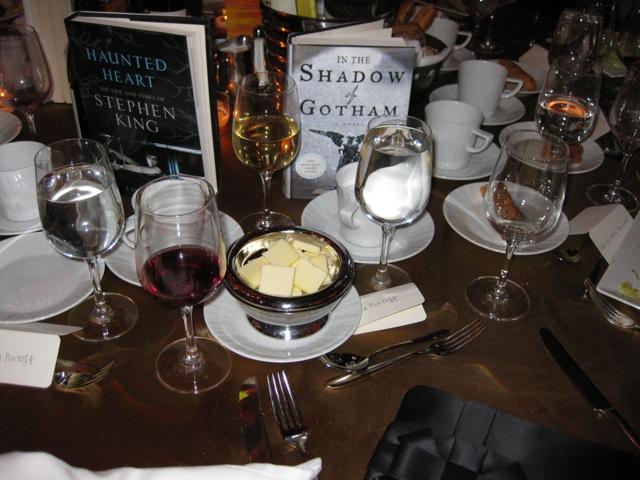