Made It Moment: Peggy Ehrhart

I’ve been lucky enough to get to know author Peggy Ehrhart in a few ways, which might be why I hear her writer’s voice in every word of this Moment. But I don’t think that’s the only reason. I relate very deeply to Peggy’s prime reason for writing–and for knowing she made it. Stephen King (my all time Master, at least in terms of things writing, as some of you already know) would too. Read this and see if you agree. 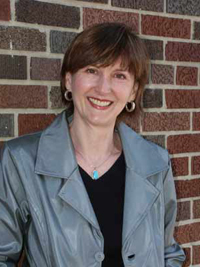 I was bringing in the paper. My neighbor, Mitchell, was hurrying toward his car. But he stopped when he saw me.

“I finished your book,” he said. “It was great. Now my girlfriend is reading it. But she doesn’t like to pick it up at night because once she starts she can’t stop—and then she’s tired all the next day.”

Bingo! That was when I knew I’d made it.

Was it my goal to keep people up past their bedtimes? Unashamedly—yes.

I was a mystery addict for years before I started writing them. All my friends read mysteries too. We were graduate students in the English Department at the University of Illinois, and mysteries offered the perfect diversion after a day spent poring over Beowulf or Paradise Lost.

I still remember a magazine article about the lure of mysteries one of my friends passed along to me back then, particularly this one line: “Here I am, with several advanced degrees and a professional career, and yet I’m up at two a.m. because I can’t put down The Corpse Wore a Puce Peignoir.”

That’s power, I said to myself, and I want it.

Of course I also wanted to tell stories. And bring readers into a world I found utterly fascinating—that of a struggling blues band. And introduce quirky characters that were amalgams of quirky people I’d known.

And if there’s an overarching theme to my work, it’s that creative people create because they’re driven to create—and they’re willing to sacrifice a lot to pursue their dreams. Yes, there’s quite a bit of me in my amateur sleuth Elizabeth “Maxx” Maxwell, though she’s a blues singer and I’m a writer.

But I also really really wanted to keep readers up past their bedtimes.

Peggy Ehrhart is a former English professor who now writes mysteries and plays blues guitar. She holds a doctorate in Medieval Literature, and her publications include a prize-winning nonfiction book.
Her stories have appeared in FMAM, Crime and Suspense, Flashing in the Gutters, Spinetingler, Crime Scene: New Jersey 2, Murder New York Style, and several other venues. As a guitar player, she has performed with numerous bands in the New York City area.

Her blues mystery, Sweet Man Is Gone, was published by Five Star/Gale/Cengage in 2008. The sequel, Got No Friend Anyhow, will appear in January 2011. Visit her on the web at www.PeggyEhrhart.com.