A Good Time Was Read By All

‘Tis the season for book launches at cool as you-know-what bookstores.  Last night’s was the phoenix rising of Chris Grabenstein’s Ceepak series. The sixth in the series, ROLLING THUNDER, just came out…the book, as Chris calls it, that almost wasn’t. 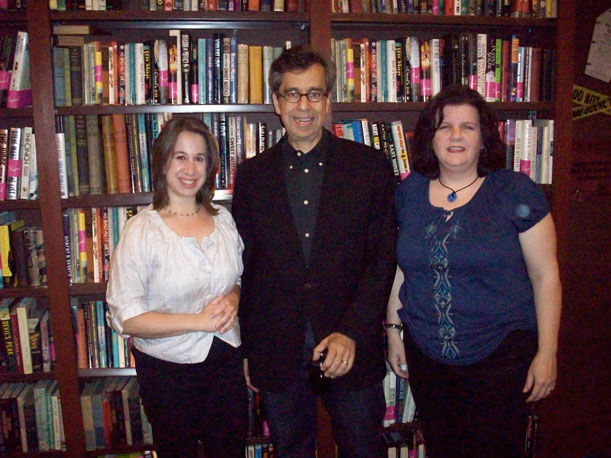 Chris, a former actor, gives one heckuva reading and if you ever get a chance to come out and meet him, I promise you’ll get a night of literature, theater, and stand-up all rolled into one. (Get it? Rolled? Like the title of his latest?) OK, so I’m not so good at this, but Chris is, and his series adds metaphors, puns and other clever things to the usual mystery mix.

Chris, along with his lovely wife, have a way of making even someone totally new to the books feel like family, which is always nice when you come out to meet an author.

In this tumultuous time of publishing–when perhaps more than ever art is meeting commerce, or banging headlong into it–the Ceepak series was dropped by its second publisher. An outpouring of protest from fans, and even critics–like the legendary Oline Cogdill–plus some dogged work on Chris’ agent’s part led to Pegasus Books, which brought the series back from the dead, original cover art and all.

From the voices raised last night, Chris has many readers who are happy Pegasus knew a great book when they were given it.

And where were those voices raised? Readers of yesterday’s post already know how I feel about cool bookstores in the city. Here is another.

The Mysterious Bookshop is the baby of Otto Penzler, a legend in the mystery/suspense world if ever there was one. Behind the desk last night at the store was a helpful, knowledgeable proprietor–who didn’t even have to look up the slightly esoteric author I asked about, before giving me some new information about him.

The store itself is dotted with skulls, child-sized mannequins, and other creepy effects. Not to mention a huge range of signed editions, plus mysteries categorized according to dimensions that make sense to mystery readers–parodies, Sherlock Holmes, you get the idea.

To find out why you’re going to have to read Chris’ series. Again, I’m going to suggest that if you buy a book, you do so here.

Folks at The Mysterious Bookshop and at the helm of Pegasus–these publishers actually came out last night to see their latest baby ushered into the world–are ensuring that good times can be read by all for a long time to come.