Welcome back to Carolyn! Her post yesterday on a specter with which nearly all writers wrestle, at least from time to time, led to an absorbing discussion–just the reason I love having this blog. Hope everyone will share their further thoughts and reactions to Carolyn’s second installment. And do check out Carolyn’s fiction for yourself. You’ll be as happy as I am that she sits down at that machine, and gets the stories told. 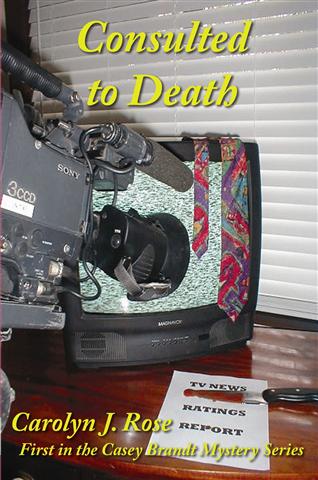 After a trip to Southern Oregon and stop at mist-shrouded Humbug Mountain, I encouraged Mike to take the lead on a young adult fantasy. The idea sprang from an incident in his childhood when a group of older kids ran ahead and abandoned him on the mountain. (Having lived with him for 25+ years, I have some insight into why this happened, but that’s another story for another post.)

Abby and Noah, the brother and sister in The Hermit of Humbug Mountain, let us return to our childhoods and “make things come out right” in a fantasy that pitted evil against innocence. (BSP-the Kindle edition is priced at only $2.99 through December.) Writing a fantasy was a complete change of pace from our usual mysteries, and working with settings and characters not of the world we live in powered up the creative sides of our brains. We created the Mushroom Forest, a flaming river, the Darksuckers, and a host of other strange and wonderful creatures in a realm inside that mountain on the Oregon coast. We were so engrossed in the obstacles we created in our fantasy world that we wouldn’t have noticed writers’ block if we got it.

A year later, inspired by a futile search for a computer expert in an Oregon coast community where everyone seemed to work two jobs and keep odd hours, we created what we think of as our “satires in cozy clothing.” Devil’s Harbor is a microcosm of the country and Molly Donovan and the denizens of the quirky town are driven by the emotions and beliefs that drive all of us—with a big dose of vanity, insanity, addiction, and conviction. The chance to poke fun at so many people made writing The Big Grabowski and Sometimes a Great Commotion seem effortless. Like sprinters, we hurdled writers’ blocks without a moment’s hesitation and plunged on.

The story that unfolded in Hemlock Lake had simmered on a back burner in my brain for many years, fueled by memories of growing up in the Catskills. The book had a power all its own and each time I was blocked because of criticism or rejection, I felt it pull me back like a lodestone draws an iron filing. Hemlock Lake took me deeper into character development than I’d ever been before, and forced me to look more closely at the darker side of human nature. To finish it, I had to deny my usual reaction to laugh and walk away. I had to go where the characters took me.

With all of that in mind, I realized that the as-yet-unpublished stories I’ve written have developed from ideas spawned by events and characters in earlier works. The mental excursion back to the Catskills for material for Hemlock Lake gave rise to A Place of Forgetting, a story of love, perceived betrayal, and the consequences of acting on that perception in 1966. The Refuge, a tale of a woman on the run from a killer, sprang from the domestic abuse in the backstory of Camille Chancellor, a character in Hemlock Lake. My real-life “adventures” as a substitute teacher led to the cozy No Substitute for Murder.

Fortified by the knowledge that the backlist is a well of ideas, I reminded myself that the sequel to Hemlock Lake has passed the halfway point; I know how it ends and I see how I’m going to get there. This winter, once I divest myself of two of my three jobs, I hope to be able to write my way to those magical words: THE END.

That’s when I realized that my block wasn’t caused by worrying about the book I’m working on now, but about the next and the one after that. I saw I was being drawn to the dark side of writing, the frightening feeling that the well of ideas will dry up, my creativity will wither, my writing career will crash.

And that’s when I reminded myself that I’m not in this alone. I have friends and fellow writers for support, and I have a fan club of fictional characters—some already in print and some still waiting for the opportunity to meet a reader.

Those characters got me this far. The best thing to do is relax and trust them to stick with me for as many years as I want to write.

If they don’t, well, I’m a mystery writer; I can always kill them off. And, thanks to all the crime-scene shows I watch, I can kill them in a variety of gruesome ways.

So now, having giving myself yet another pep talk, I can get back to my work in progress. But first, just one more short peek at my neighbor’s fence.

Hmmm. He’s coming out of his house. He’s marching up to the fence. He’s pulling something out of his pocket. He’s pointing it at me. He’s—

Carolyn J. Rose grew up in New York’s Catskill Mountains, graduated from the University of Arizona, and spent 25 years as a television news writer and producer in Arkansas, New Mexico, Oregon, and Washington. She has published many mysteries and lives in Vancouver, WA, with her husband, radio personality Mike Phillips, and a motley collection of pets. Her hobbies are reading, gardening, and not cooking.

Surf to www.deadlyduomysteries.com for more information. And watch the book trailer for HEMLOCK LAKE at http://www.trailerspy.com/trailer/10179/Hemlock-Lake