Made It Moment: Sasscer Hill

Sasscer Hill’s Moment recalls a favorite Jimmy Buffet song of mine when she talks about five years slipping by while on sub. Man, could I relate to this one. I think some of you will, too. Because, you know, sometimes the best things happen when we finally let go. Sometimes, to quote another song by Cold Play, what we want is not what we need. And so to Sasscer I simply say, with tears in my eyes, Hear, hear! You’ve made it. 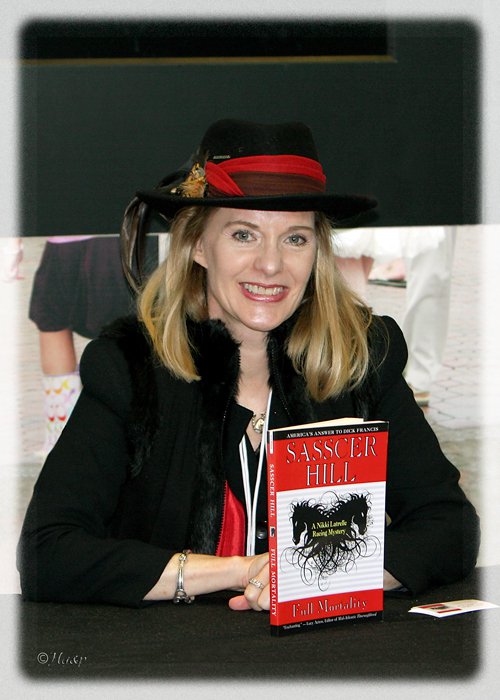 I believe that when you hit the New York Times Best Seller list, you’ve made it. But let me speak in more realistic terms about my “made it” moment for my first novel, FULL MORTALITY, a horse-racing murder mystery.

In 2005, after years of querying literary agents, I finally landed one, and being a neophyte, I thought my novel would be on bookshelves within months.

In the meantime I wrote a second Nikki Latrelle novel, with the working title RACING FROM DEATH. It lingered at Bantam, New American Library and Berkeley for a total of thirteen months and was rejected. And so, five years crawled by.

A year or so ago, John Betancourt, publisher of the small Wildside Press, offered to publish the second in my Nikki Latrelle series, RACING FROM DEATH. I said thanks, but I want to wait for a New York publisher and the “big deal.” I waited and waited on these people while Wall Street, the horse racing, and book publishing markets crashed.

Finally, I couldn’t stand it anymore. With the blizzard of 2010 scheduled to hit Maryland the next day, I emailed the first in the series, FULL MORTALITY, to Betancourt. He read it and accepted the manuscript for publication that night!

That was a great moment, but not one where I felt I’d arrived. That one happened a few weeks ago when I got an email regarding a favorable review from “Ellery Queen’s Mystery Magazine.” I starting reading the review.

Written by longtime critic Jon L. Breen, it appears in the February, 2011 issue OF eqmm, and I got this far, “. . . First-time novelist Hill, herself a Maryland horse breeder, is a genuine find, writing smooth and vivid descriptive prose about racetrack characters and backstretch ambience that reek authenticity.”

I had to put the review down because I was crying. I knew FULL MORTALITY had finally made it.

Sasscer Hill lives on a Maryland farm and has bred racehorses for many years. A winner of amateur steeplechase events, she has galloped her horses on the farm and trained them into the winner’s circle. She is the author of several mysteries in the “Chesapeake Crimes” anthology series, and her articles have appeared in numerous magazines. Full Mortality is her first novel.