Made It Moment: Lesley Diehl

Please welcome Lesley Diehl to the blog. We’ve had a couple of Moments involving the way children connect to our feelings of success. But I guarantee that no one’s ever seen one like Lesley’s before. Read on! 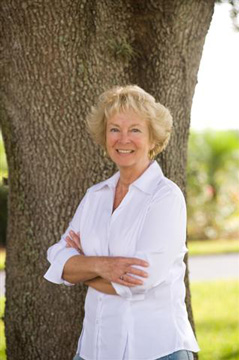 I guess I don’t believe in “made it” moments, at least not the kind that come like a bolt of lighting and feel much like the “Eureka” moment experienced by that old Greek philosopher guy. “Made it moments” are softer, more subtle, warmer, fuller, and can bring tears and laughter. Mine came a few weeks ago. I had planned a book party to introduce my second book, one that is set in rural Florida and features a protagonist retired from preschool teaching. I’d advertised the event in the library where it was to be held, and in the local newspaper.

When the afternoon arrived, I was at the event early—chewing my nails and worrying whether I had an engaging and exciting enough program to hold the attention of the probably ten or so people I expected to attend. Imagine my surprise when over thirty people filled the room.

No, no. That’s not the moment.

About to begin my program, I was tapped on the arm by a small girl, about ten years old, with brown hair and a face full of freckles. She held in her hand two pieces of paper, one a social security card, the other a birth certificate. “Hi,” she said, “My name is the same as your protagonist and I can prove it.” She handed me the two documents and sure enough, she had the name of “Emily Rhodes” the very same as my fifty-five year old protagonist.

She was all smiles. Her glee at bearing the same name as someone she saw as famous, a character in print, was catching. I couldn’t help grinning at her delight. I briefly looked at the documents, but she was insistent I give them more than a cursory glance. I did. Her mother said they had read the press release in the newspaper and her daughter was insistent they attend the event. They could not stay for the program, but she bought two books, one for her and one for her best friend. Better than the sales, she gave me a huge hug and acted as if I had done something very special just for her.

Actually she had done something very special–and just for me. It was my “made it moment,” one I will never forget nor will I take her joy and enthusiasm for granted.

Lesley retired from her life as a professor of psychology and reclaimed her country roots by moving to a small cottage in the Butternut River Valley in upstate New York. In the winter she migrates to old Florida—cowboys, scrub palmetto, and open fields of grazing cattle, a place where spurs still jingle in the post office. Back north, she devotes her afternoons to writing and, when the sun sets, relaxing on the bank of her trout stream, sipping tea or a local microbrew. In her words, “I come to the “Big Lake” to write, hang out in cowboy bars, and immerse myself in the Florida that used to be. No beaches, no bikinis, no sand. Just cows, horses, and gators.”