Made It Moment: Kaye George 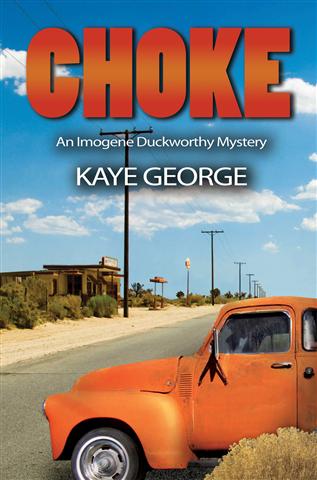 Kaye George has been having (to my mind) so many Made It Moments recently–a story in the Guppies collection by SinC, an appearance at a great mystery con, the chance to sign her very own novel–that I wasn’t sure how she was going to choose just one for this forum. I was surprised by her Moment…and I think you will be too. 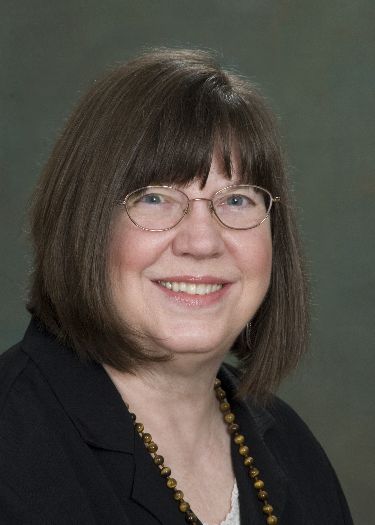 I don’t know if I’ll ever know for sure if I’ve Made It. My first novel has just come out and I have no idea if I can sell enough to warrant a second. But I remember the first Moment when I thought I had. I was living in Dallas and had finished my first viable mystery, or so I thought. An agent in the Galleria Towers was named Poirot, I noticed, and I considered that a sign. Surely he would like my mystery!

I called him on the phone and we met in his office! Just like that. We talked a short bit about my writing and I left a copy (yes, a printed, paper copy–this was a few years ago) with him. For the next few weeks I tried hard to breathe normally.

Finally a call came from his secretary that I could pick up my manuscript. At first, I had no idea if this was a good or a bad thing, but it didn’t quite seem like a offer of representation. OK, after a few minutes of thought, I knew it was a rejection. But I drove to the office building, parked, took the elevator up, and there on the secretary’s desk, was my manuscript. She handed it to me with a smile–to soften the blow, I assumed.

On the top was a sticky note. I’ll never forget what it said: Author will pick up.

Author! He called me an author! I was so over the moon I almost forgot it was a rejection. I WAS an Author. That’s when I started telling people I’m a writer. (Seems a better conversational word than author.)

That manuscript went through much more critiquing and rewriting and hasn’t found a home yet, although I hope it will someday.

My next big moment was when my first short story was accepted for publication. We were living in Holliday. If you’re not from Texas, you won’t know that it’s near Wichita Falls. Even if you are from Texas, you might not. Hey, you might not know where Wichita Falls is, but it’s in northern Texas, toward the west, almost on the Oklahoma border. It’s tiny and isolated. We had moved there for my husband’s job and I had quit programming to write full time. I told people I had retired, which is another way of saying all the jobs I wanted had gone to India and I couldn’t find a decent one in this country.

I had nothing much else to do but write. No excuses. I continued working on that novel, started another one, and returned to writing short stories, as I done in high school and college. Then I decided to submit some of those. Rosalie Stafford, who edited “Web Mystery Magazine” (which is, alas, no more) emailed me to tell me she wanted to print my story, “Flash Mob”, and I screamed my head off until I was hoarse. I ran around the house like a spooked cat. It was ridiculous! For days afterward, every time I remembered I was going to be published, I let out another scream. We didn’t have any neighbors living close by, so why not?

There have been other milestones: getting more stories accepted, getting paid for some of them, being on a panel at a conference, then on more panels at more conferences, winning contests with my writing, being asked to speak at my local Sisters in Crime meeting.

Then came my 15-minutes-of-fame weekend. I was nominated for an Agatha award for a short story published in 2009 and got to walk around at Malice Domestic in 2010 with the most beautiful green ribbon appended to my badge: Agatha Nominee, in gold letters. Everywhere I went people congratulated me, some even said they had read and liked my story! I felt like a celebrity. There isn’t a picture of me from that conference without a big goofy grin on my face. (Except one in Crimespree Magazine where I had my mouth wide open, explaining something during the short story panel.)

But the latest and greatest, the culmination of the nine years I’ve spent full time on this, since “retiring” from programming, is the publication of my novel, CHOKE: An Imogene Duckworthy Mystery. This is the seventh one I’ve written (if you count two that you really shouldn’t count). I’m working on SMOKE, which is the sequel to CHOKE.

Mainly Murder Press is my publisher. My official release date was May 1, 2011. I really feel I can die happy now. I’ve signed my book for people who bought it at Malice Domestic!

Kaye George, an Agatha nominated short story writer, is the author of CHOKE, published by Mainly Murder Press, as well as A PATCHWORK OF STORIES, a collection of her previously published stories. FISH TALES: THE GUPPY ANTHOLOGY contains her story, “The Truck Contest”. She reviews for “Suspense Magazine”, and writes for several newsletters and blogs. She, her husband, and a cat named Agamemnon live together in Texas, near Austin. Visit her homepage at http://kayegeorge.com/, or her blogs http://travelswithkaye.blogspot.com and http://allthingswriting.blogspot.com.