Made It Moment: Jeff Dawson 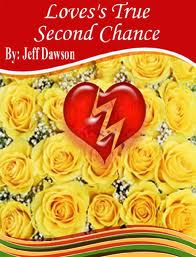 One of the best things about being a writer is the community we all get a chance to be a part of. I met Jeff Dawson through one such community, and his story of loss and fulfillment moved me greatly. Jeff’s life has had many ups and downs, as his Moment reveals. Through them all he came to one ultimate definition of success. 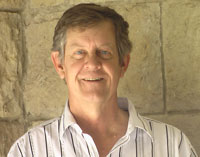 Where does one begin deciding if they have made it? Is it the success we share? Is it the path we have traveled or is it something more important and personal? I will opt for the third.

I spent most of my adult life in the construction industry. Road building to be precise. After flipping burgers at Wendy’s for six months I realized I needed a career much more satisfying. I needed to know that I just wasn’t collecting a pay check but would have something to show for the long days’ toils. Building road was the answer. I would be able to go back years later and see what I had been a part of. A sense of accomplishment and pride I would be able to share with my children.

The time when I did road construction had more ups and down’s than one can imagine. Divorce, bankruptcies, children moving away, personal tragedy and loss. A partner in 1990, father in 2005 and my fiance in 2009. Yet despite it all I stayed with the business.

In February of 2010, I was released by my employer one week before I was to go in for major back surgery. I didn’t fit in the apparent four to five year plan.

It was during the recovery period that I really started examining my life and how it had progressed. Not a very rosy or pretty picture. Did I really want to continue on this current path or was there something I hadn’t yet tapped into? The question was answered one day as I leafed through the Dallas Morning News. I came upon an article about a company that promotes professional speakers. “Hey, I can do this. But what will I write about? Who would enjoy or possibly benefit from all of these difficult experiences?”

I looked back at everything that had transpired over the past twenty-five years and started writing. The wounds from the past rose up. Those that had not been properly confronted and dealt with resurfaced in a flash. Putting the experiences down helped me understand the road I had traveled and who had really been driving the bus. I found out why every major event had happened. Whether it was a business failure, divorce or loss of loved ones, I realized it was necessary to travel this path to be where I was needed the most when it truly counted. Who could ask for a better life’s plan.

The made it moment? It is knowing that I have been able to help someone else heal from the pain of losing loved ones or dealing with the tribulations everyone faces each day. To me, that is the definition of success.

I spent the last twenty-five years in the road construction industry. I have been married and then divorced with three grown children. I started writing years ago but never took it seriously until I had back surgery in 2010.

Loves True Second Chance is about the woman I had loved for over thirty years. I wanted to let people know that Love is worth a second chance even if there is a possibility of a tragic end. We packed a lifetime of love in seven short months.