A Book that Shakes the World, or Helps Right a Shaken One 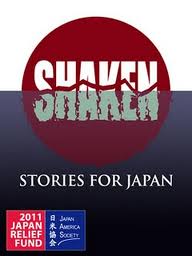 Last summer Tim Hallinan, author of the Poke Rafferty series, among others, wrote his Made It Moment. I still remember sitting outside a Barnes & Noble in Spokane, WA and putting it up on the blog. Today, just before my family is about to embark on another cross country odyssey, Tim returns to Suspense Your Disbelief with a very special book, a book that takes this enormous planet of ours and shrinks it down to a community of people helping people.

Books can change the world–or at least transport the reader to a different one. This book, which Tim is about to tell you about, has the power to help fix a world that quite literally was torn apart. Read on and see what happens when some of the most talented people writing today got together and decided to help Japan. 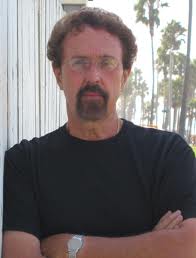 I knew I’d made it when I read, “He had not yet seen her, but he knew when she brushed her hair, took a shower and went to the toilet. He knew when she was home, cooking some strong smelling meat, and when she was speaking on the phone with her lover.”

I knew I’d made it when I read, “My mother was destined to die on the sea.”

I knew I’d made it when I read, “Tom Hickey batted smoke away and caught a breath.”

And I absolutely knew I’d made it when I read:

loneliness
hung on a nail
a cricket

The first three quotes are the opening lines of short stories by, respectively, Naomi Hirahara, Vicki Doudera, and Ken Kuhlken. The poem is a haiku written by the 17-century master Basho and translated by Jane Reichhold.

All of them appear in SHAKEN: STORIES FOR JAPAN, a collection of twenty original stories by twenty terrific writers, with one hundred percent of all royalties going to the 2011 Japan Relief Fund administrated by Japan America Society of Southern California.

I had the idea for the collection while watching the coverage of the March 11 earthquake and tsunami, pretty much at the moment I teared up at the site of hundreds of people waiting patiently in line, those at the end fully aware that it would run out before they got there. I asked myself why writers couldn’t pool their talents in a good cause the way musicians and actors can.

And, of course, I realized we could – thanks to the fast publication turnaround of e-books. Within twenty minutes I’d contacted 30 writers to ask for a donated story, and almost everyone had said yes.

The book is available for the Kindle on Amazon, and it’ll cost only $3.99. The Japan Relief Fund have pledged to turn over ever penny to nonprofit organizations already at work in the disaster area, without retaining so much as a penny for overhead or supervision.

I had three other made-it moments during this project.

First was when I saw Gar Anthony Haywood’s cover design. Gar is one of my favorite writers in the world, but I had no idea he could do this.

Second was when Jane Reichhold gave us permission to use her translations of Basho’s haiku. Reichhold’s beautiful 2008 volume, Basho: The Complete Haiku, has been praised by poets and scholars alike. We now have a haiku linking each story with the one that follows it, and I think it adds greatly to the book.

Third was when I saw the final e-book, as produced (for free) by Kimberly Hitchens at booknook.biz. It’s just beautiful.

SHAKEN: STORIES FOR JAPAN may be the first e-book ever designed solely as a find-raiser. I’m thrilled to have played a part in it, and I’m looking forward to one more made it moment- when Japan Americe Society tells me it’s raised a whole bunch of money for the families in the north of Japan.

Tim Hallinan has lived, on and off, in Southeast Asia for more than 25 years. He wrote songs and sang in a rock band while in college, and many of his songs were recorded by by well-known artists including the platinum-selling group Bread. He began writing books while enjoying a successful career in the television industry. Over the past fourteen years he has been responsible for a number of well-reviewed novels and a nonfiction book on Charles Dickens. For years he has taught a course on “Finishing the Novel” with remarkable results – more than half his students complete their first novel and go on to a second, and several have been, or are about to be, published. Tim currently maintains a house in Santa Monica, California, and apartments in Bangkok, Thailand and Phnom Penh, Cambodia. He is lucky enough to be married to Munyin Choy-Hallinan.