Made It Moment: Kristie Leigh Maguire 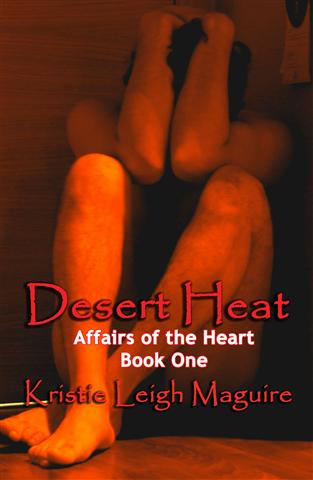 This Made It Moment achieves two things I love. First, it’s by an author I met in an online writing (reading) forum. I enjoy spending time in such places second only to bookstores probably. Second, Kristie Leigh is one of the kindest, gracious most people I’ve ever met in one, and her attitude toward this crazy business is both realistic and affirming. Read on and I think you’ll see what I mean. 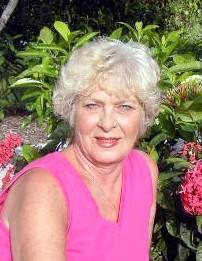 I am my own worst enemy. I am tougher on myself than my harshest critic is. Even though I am a multi-published award-winning author, I hesitate in saying I have made it as an author.

Is any writer ever satisfied with their work? I am not. I always think there is something else I should have done, or something I did that I shouldn’t have done. When I reach a goal I have set for myself, I set new goals. I constantly push myself to do more, to climb that next rung of the ladder.

My Made it Moment came after the publication of my first novel, Desert Heat. Desert Heat won Romance of the Year and I won Best Up and Coming Romance Author of the Year in the Affaire de Coeur Magazine Reader Poll.

That didn’t stop me from setting new goals though. Could I do it again? Could my next novel also be a hit? It was. Cabin Fever, my second novel, placed in the Top Ten in Romance at the Preditors & Editors Poll.

New goals set and reached. No Lady and Her Tramp, my third novel that I co-authored with Mark Haeuser, also placed in the Top Ten in Romance in the Preditors & Editors Poll.

I am still setting goals, always striving to go higher on that ladder in my mind. As I said, I am my own worst enemy…but I can finally say I am a real author.

Kristie Leigh Maguire is an award-winning, multi-published author. Her current titles are Second Chances, Affairs of the Heart: Desert Heat and Cabin Fever (Collector’s Edition), Desert Heat, Cabin Fever, Emails from the Edge: Memoirs of an Expat Wife, and co-author of No Lady and Her Tramp.

She was voted Best Up and Coming Author of the Year and her novel Desert Heat was voted Romance of the Year by the Affaire de Coeur Magazine Reader/Writer Poll. Her novels Cabin Fever and No Lady and Her Tramp placed in the Top Ten in the Preditor & Editor’s Poll.

Although Kristie Leigh Maguire is originally from the South and will always remain Southern at heart, she and her husband now live in St. Croix in the U.S. Virgin Islands. During her expatriate years she lived in St. Croix, Aruba, Thailand, Japan and three times in Saudi Arabia and visited many other countries.