Made It Moment: Dorothy McIntosh 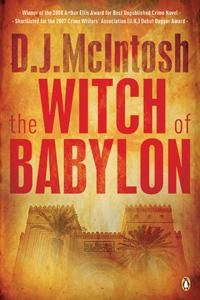 Dorothy McIntosh deserves kudos for having beautiful artwork, both on her book and her website (a must-check-out if you’re having one built…or even just if you have one at all). After that, she deserves mention for winning some of the more illustrious prizes an emerging writer can win–including one I tried for during my own journey. Yet Dorothy still puts a premium on one thing every writer needs–and it can’t come, as she wisely points out, before the book has been read. Enjoy this Moment! I did. 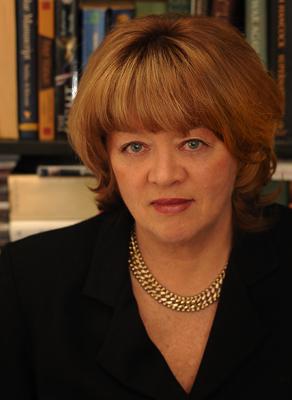 In truth, my made-it moment hasn’t occurred yet; that will only happen when (if) readers embrace my novel – The Witch of Babylon – and tell me they found it hard to put down. The reader is, after all, judge, jury and, sometimes, executioner.

But my journey from having a kernel of an idea to published author is full of smaller made-it moments. Not that they’re minor, in fact, each was an occasion for fist-pumping joy.

The first memorable event was learning The Witch had made finalist for the esteemed Crime Writers Association (U.K.) Debut Dagger competition. I quickly began working with a literary agent after that and one year later the manuscript won the Crime Writers of Canada Arthur Ellis Award for Best Unpublished Crime Novel.

When Penguin Canada bought, not just the first novel but the entire Babylon trilogy, I was thrilled. And there have been many great moments since, as we’ve sold the book in over fifteen countries around the world.

The journey to getting published has, for me, taken on the image of a necklace, each moment along its length, a diamond in my eyes. Lest this seem like it’s been a smooth ride all along, there have been lots of rough spots. For one, it has taken many years from starting the manuscript to publication but made-it moments are about the wins and even the gentle satisfaction of seeing your writing in print. I am most grateful for those.

I can’t close without saying how much I admire Jenny’s own journey. Her good judgement and perseverance is a model for us all. You have the first big diamond on your necklace Jenny, may there be many more.

D.J. (Dorothy) McIntosh is the former co-editor of the Crime Writers of Canada’s newsletter, Fingerprints, and is a Toronto-based writer of novels and short mystery fiction. Her short story “The Hounds of Winter”, published in Blood on the Holly by Baskerville Books (Toronto, 2007), was nominated for the 2008 Arthur Ellis Award for Best Short Story. “A View to Die For” appeared in Bloody Words: The Anthology, also published by Baskerville Books (Toronto, 2003). McIntosh graduated with a B.A. in English from the University of Toronto.