Made It Moment: David Harris Ebenbach 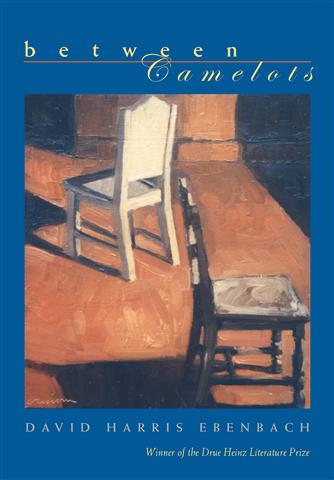 I’ve said it once but, hey, I’ll say it again, because I love to: meeting authors, writers, and readers on the web seems to me just possibly the reason the whole thing was invented. OK, maybe that’s a little solipsistic, but the internet really has enriched my life invaluably in this way, and I’m so grateful for it.

I’ve gotten to know so many people who write great books, using ways and techniques from which I learn, or who read with an insight and perspective that makes my jaw drop. Some of these people I may just get to meet in person before too long as we begin our second annual cross country trip.

And today on Suspense Your Disbelief appears an author whom I’ve already had the pleasure of meeting F2F. I still recall hearing David Harris Ebenbach read from his work for the first time, at an event in NJ, and hearing that his short story collection had just won an illustrious prize, one which, I was to learn, everyone in the literary world had heard and dreamed of.

It’s funny when you meet a writer AS (After Sale, or in this case, After Award). You think of that person as an established, successful author and even if you later hear–as I did–about the many years of struggle to reach that point, that time somehow seems…less salient. This is a writer who’s Made It–that’s how you know him or her.

But as David will tell you in his Moment, making it is far more complicated than that. Please read on. 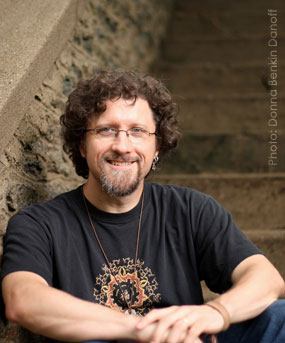 When I first sent my short story manuscript out to publishers, I wasn’t even sure that it was really a book. I had written a bunch of stories by then, and I liked some of them, and some of them did seem to get along with each other, so I had put some selected pieces side by side and started them off with a table of contents and a title page – Between Camelots, I called it – and the pile of paper had started to seem like something more than just a pile of paper.Still, sending Between Camelots out was a kind of test: “Hey, publishing world,” I was saying. “Is this a book, or not?”

I was so unsure of myself that I didn’t know what to think when Ed Ochester called from the University of Pittsburgh Press. At first I wondered if maybe he just wanted to give me a personal rejection, or maybe even to denounce my manuscript at length. Instead he told me that the manuscript had won the Drue Heinz Literature Prize – a prize that was on the very top of my I-wish-I-had-that list – and that it would be published in the fall. When he asked me if I had any questions, I said, leaning on the wall for support, “Yes – are you calling directly from heaven?”

Working with the University of Pittsburgh Press was a tremendous pleasure – this is a press that seems to employ only immensely thoughtful, talented, kind-hearted people. And when I talked with them about my book – my book! – I definitely felt like I had made it. I continued to feel like I had made it when I went to Pittsburgh to collect my prize; when I listened to Stewart O’Nan (who had been the contest judge) on stage, saying nice things about Between Camelots; when I went from there to do readings in bookstores, coffee shops, at colleges and universities; when I found out that the book had won the Great Lakes Colleges Association’s New Writer Award in Fiction.

I think, however, that I had things wrong in those heady days when the book was first out; a published manuscript, I now believe, is not really a sign that an author has “made it.” First of all, publishing one thing doesn’t necessarily make it easier to publish the next. More importantly, the writer’s real job is to write, a job that’s never complete, and getting into print doesn’t change that. Yet publication does mean something. Above all, it means that people can read your work, and in that sense there’s some “making it” there – but it’s the book, not the author, that has made it. Your book is now out there, finding its way in the world. For the author, on the other hand, it’s time to get back to work, to take on the pleasure and challenge of writing, all of this in the hopes that soon enough there’ll be another manuscript, another book that might, with your help, make it. Right now, for example, I’m sending another short story manuscript around, along with a collection of poems that just might be a book, too. And of course I keep on writing – fiction, poetry, writing about writing.

Meanwhile, Between Camelots continues to find its way. Earlier this year at a conference I ran into Lowell Britson, the Marketing Director of the University of Pittsburgh Press, and he asked me if I was open to them making an e-book version of Between Camelots. It wasn’t a hard decision. For one thing, I’m old enough to remember when Atari first released the video game “Pong,” so I’m easily impressed by technological advances. More importantly, though, I just care very much about what I write and I’d love to see it reach as many readers as possible. If a book gets around more easily via the Whispernet than on the back of a delivery truck, I’m up for it. I guess we’ll see!

And on and on it goes.

David Harris Ebenbach’s first book of short stories, Between Camelots (University of Pittsburgh Press), won the Drue Heinz Literature Prize and the GLCA New Writer’s Award. His poetry has appeared in, among other places, the Beloit Poetry Journal, Subtropics, and Mudfish. Recently awarded fellowships to the MacDowell Colony and the Vermont Studio Center and an Individual Excellence Award from the Ohio Arts Council, Ebenbach has a PhD in Psychology from the University of Wisconsin-Madison and an MFA in Writing from Vermont College.