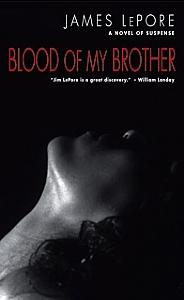 I’m very happy to welcome back author Jim LePore to the blog. For one thing, Jim wrote the very first Made It Moment almost exactly two years ago! Since we have now passed 75 Moments I feel as if Jim is a little part of history, at least the history of this blog. For another, Jim writes some of my favorite psychological fiction. His debut, A WORLD I NEVER MADE, still ranks as one of my all-time favorite novels, one I recommend to everyone who reads, and he has now gone on to release two more, all with the same interesting-for-these-times small publisher, The Story Plant. Today Jim muses about the role of naming, something that inspires him as he begins a new book. 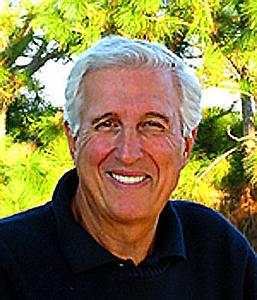 The Myth of Naming In Fiction

What’s in a name? That which we call a rose  by any other name would smell as sweet.

There are no ideas or emotions unless first there is a human being (Character 1) who thinks something or feels something. That human being cannot exist of course without context, that is, time and place. Character 1 must be placed in the world (or a world if you’re writing fantasy or sci-fi) at some point in time as we know it. Action does not necessarily follow. Another human being (Character 2) must first be added to the context, someone present, past or future, who has done or said something that motivates Character 1 to act.

I start with a name. I know this sounds crazy, but getting the right name for my central character somehow triggers the mysterious process of writing a novel or a story. I suppose that starting with a place, like a medieval castle or a colony on Mars, would work as well, but you will quickly need a person, a person who feels and thinks. That person will have to have a name. The story, for me, is in the name.

Let’s say Character 1 is Jane Scardino. The first thing that comes to mind is that her friends call her Scar. Does she have a scar somewhere on her body? Maybe. Will it be integral to her story? Maybe. Does she like her name? Is she Italian?

What does Jane look like? Is she young, old, beautiful? What is she wearing? Let’s say she’s in her mid-forties, worrying about her fading beauty and not happy to be so vain. She’s wearing something comfortable, but fashionable, yes, attractive, a black high-collared sweater, black slacks, funky shoes decorated with faux gems and sparkling rhinestone (or are they diamond?) earrings. Vanity wins, it seems.

What is Jane doing? Perhaps she’s getting ready for work, putting those earrings on, thinking about her mother’s boyfriend, who she’s worried is stealing her mother’s money. Yesterday she saw her mom going into the bank with Harry, her charming, silver-haired, Cadillac-driving beau. Jane is going to see a lawyer after work to talk about this, a lawyer she met at work last week who asked her out. She had declined, but why then did she pick him?

I think I might have the beginning of a story here, a story that started with a name, a name that somehow has a story in it.

Shakespeare was using things as metaphors for people. Could Romeo Montague and Juliette Capulet have gone down in history as John and Jane Smith? We’ll never know, but something tells me the answer is no.

I practiced law for twenty-five years before retiring in 1999 to write and take pictures. I have written a number of works of short fiction that have evolved from my novels. After each novel was completed, its characters continued to live in my head, telling me, it seemed, that they wanted to go on living on the page. The stories that grew out of A World I Never Made will be published in February, 2011, in a volume entitled, Anyone Can Die. My second novel, Blood of My Brother, is available now at Amazon and all other online booksellers.