Made It Moment: Jacqueline Seewald 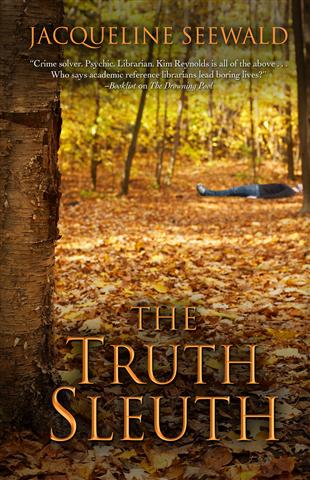 As soon as I saw the cover of Jacqueline Seewald’s latest book, I knew I had to write and tell her how lovely it was. Encounter led to encounter and soon I’d asked Jacquie to contribute a Made It Moment. How funny when I read it and found that a much earlier cover both figured into her ideas about making it–and one of the inevitable disappointments that often lie along this making it path. Many writers have said here in this forum that they haven’t fully “made it”–and some don’t even want to. To paraphrase one recent author, What would I do once I had? But Jacqueline Seewald has a slight different take–one I think many readers may relate to. I know I did. Please read on. 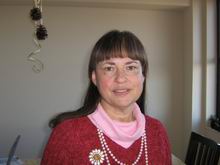 Never too early, Never too late

You never forget your first experience as a published author. What can I say? It’s definitely a “made it moment.”  When my gothic novel was accepted, I was thrilled. I recall bursting into tears of joy. I was finally an author. I had been recognized. I had arrived!

I had stopped working as an English teacher several years before and was spending my time as a full-time house frau, mother of two toddlers, and part-time writer. My dream had always been to write a spectacular bestseller. The fact is, I started writing way back in elementary school, winning several school essay contests. I can’t remember a time when I didn’t want to write. And I thought this was the start of making that dream become a career reality.

I was delighted when my book came out in paperback. It even had a tasteful, beautiful cover.  Unfortunately, my “advance” of $500 as promised in the contract was never paid.  Worse still, I soon discovered that the publisher had gone into bankruptcy.

My husband and I visited the publisher’s office in Manhattan. The editor-in-chief met with us and offered 50 copies of my novel.  We loved the cover art and he promised the original copy would be included as payment as well—but no money.

I did receive the copies of the novel, just not the painting of the cover.  The experience turned out to be a disappointing one overall.  But I never lost my enthusiasm for communicating the written word, never gave up on writing, or trying to get my work published. There is great satisfaction in seeing one’s words and ideas in print.  It’s a unique and special experience.

Over the years, I’ve enjoyed experimenting with many forms of written communications: essays, articles, novels, plays, short stories and poetry.  The creation of each work is much like giving birth to a child.  There is pain but also pleasure not to mention pride.

It is not possible to get everything one writes published—nor should writers consider all their work worthy of publication. I for one am not on that kind of ego trip. I’m still trying to write something outstanding, still attempting to produce that best-selling novel, still hoping to be “discovered”.  Truthfully, it will probably be my last thought on my deathbed.  But I have no regrets. I could no more stop writing than I could stop breathing. I write because I can’t not write. It’s simply what I do and who I am.

I’ve had a great deal of work published since that first experience. Every time something is accepted, published and paid for, I feel a tremendous sense of accomplishment and elation.

One of the benefits of retirement is that I can now indulge myself. I have time to write professionally which I was denied when I was working full time as an English teacher and later on as an academic librarian and an educational media specialist while raising a family.

When my husband convinced me to take an early retirement so that I could start writing full time and also spend more time with him, since he was already retired, I insisted on only one thing.  The condition for me leaving my job was that we immediately buy a new computer with internet capability for our home. My retirement has given me the opportunity to do what I always wanted to do, namely become a dedicated, professional freelance writer.

My latest novel, THE TRUTH SLEUTH, third in the Kim Reynolds mystery series, was published by Five Star/Gale this month and is starting to appear in libraries all over the country. Have I succeeded in making my dream come true? Well, let’s just say that it’s still a dream in progress, but I’m working on it!

Multi-award winning author Jacqueline Seewald has taught creative, expository and technical writing at the university level as well as high school English. She also worked as an academic librarian and an educational media specialist. Eleven of her books of fiction have been published. Her short stories as well as poems, essays, reviews and articles have appeared in hundreds of diverse publications and numerous anthologies. Her paranormal romantic mystery novels, THE INFERNO COLLECTION and THE DROWNING POOL, have been widely acclaimed. The third romantic mystery in the Kim Reynolds series, THE TRUTH SLEUTH, is a new release. Her recent historical romance set in the Regency period TEA LEAVES AND TAROT CARDS is available in both hardcover and large print editions. A young adult novel, STACY’S SONG, was also published to excellent reviews.