Made It Moment: Richard Brawer 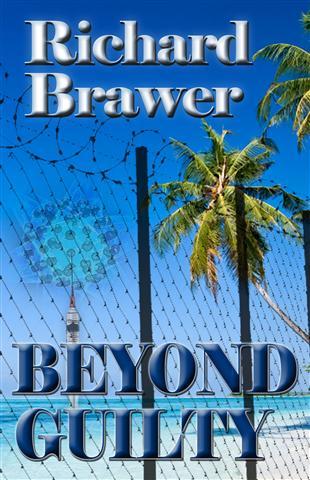 Some Made It Moments we all can relate to, and this is one of them. What’s fascinating to me is that Richard Brawer’s writing and publication journey started back in 1994, and yet his experience with small presses, trying to make his work stand out, and finding his way to readers is as relevant for today’s post-Kindle world as the one where queries went by snail mail. Or pony express. At the same time, you could say that Richard’s particular kind of making it owes everything to the world of the net. Aren’t we glad it’s here?

I want to thank Jenny for allowing me to post to her blog about how I knew when I had made it as a writer.

First let me say if one’s main consideration as having “made it” as a writer is money received, I have not yet made it. However, money was not my primary criteria. To me, getting rave reviews from both reviewers and readers was when I considered myself as having arrived as a writer.

My first book, “The Nurse Wore Black”, a mystery in the Murder at the Jersey Shore series was published in 1994. Being a complete novice in the writing and publishing field, I did the usual things most new writers do. I sent out query letters to agents and received a stack of rejections. Lamenting my woes to a friend, he told me about a local publisher that specialized in books about nurses. Excited, I dropped in cold to their office. Two weeks later they said they wanted to publish my book. Wow!

When I saw the finished product, the “Wow” factor fell into the depression factor. The cover was not well done and leafing through the book I saw a number of typos. The publisher had never discussed the cover with me nor did they give me a proof of the typeset book to look over. At the time I didn’t know enough to ask for them. As far as I knew, I thought they would do the editing as well as create a proper cover. Needless to say, I did not send this book out for reviews, nor did I push to sell it. It was an embarrassment.

My second mystery in the Murder at the Jersey Shore series, “Diamonds are for Stealing” was published by Hilliard and Harris in 2000. It neither garnered favorable nor unfavorable reviews in that it got no reviews at all. Blogs were not a big thing back then and newspaper and magazine reviewers did not waste their time reviewing books from small presses.

My third book, (not in the series) was “Murder Go Round” published in 2003. Again, unable to find an agent I self published this book in a program set up by The Mystery Writers of America in cooperation with iuniverse and “Publishers Weekly” magazine. (I did not give it to Hilliard and Harris because of certain clauses in their contract I did not like.) The arrangement was that “Publishers Weekly” would review the books accepted by the Mystery Writers of America and iUniverse. Needless to say they panned it severely. However, since an antique carousel was the motive for the murder, I marketed it to the antique carousel trade which, without going into details, is a rather large national group. Contrary to “Publishers Weekly” I did get some nice feedback from people in the antique carousel organizations.

Now we come to my fourth book, “Silk Legacy”, an historical fiction novel. I had been working on this book in between writing the mysteries. Having been born in Paterson, NJ, dubbed “The Silk City” because it was the center of America’s silk industry, and because my grandfather was in the silk business, I decided to research my roots. I went to lectures about Paterson’s past, visited the three major museums, talked to family about growing up in Paterson, and read microfilm of the Paterson Evening News in the library. All this research, writing, and then presenting a few chapters each month to a writing group, which I had joined, took ten years. But I’m glad it took so long because I gained valuable experience from writing my other books and from the writing group, made up of six published authors.

Again, I tried to get an agent interested, but again couldn’t land one. To this day I don’t know why. I’ve read a lot of historical fiction and I knew this was a good book. So I again self published it in 2006. And this is where I knew I had made it. I was able to find reviewers who gave the book wonderful reviews. The book was labeled by various reviews as a “Tumultuous Love Story”, “A Slice of American History,” “An Epic Family Saga,” and said to have “Remarkable storytelling with vivid enticing characters.” One said: “Brawer is a deft storyteller with a knack for plot twists”.

Then I started getting e-mails from reading groups who raved about the book. Finally, when the curator of the American Labor Museum in Haledon, NJ (the town next to Paterson) said it was the best fiction book she has read on the period of the silk trade I had chosen, 1904-1913, and was going to carry the book in the museum store, I knew I had “made it.” I’m still getting e-mails today praising the book.

The final proof of my “making it” came from my latest book, “Beyond Guilty”, published by L & L Dreamspell in February 2010. L & L Dreamspell is not a vanity press. They are a medium sized publisher with over 100 titles in print. I was very fortunate that they took me on. Their concern for their authors is first rate and they vigorously help us promote our books.

In “Beyond Guilty” I returned to writing suspense novels. The story is about a woman who is falsely accused of murder and sentenced to death. She escapes from death row and fights to prove her innocence. The reviews from bloggers, other authors, and readers have been 100% positive. You can read an excerpt at www.silklegacy.com.

After graduating from the University of Florida and completing a stint in the National Guard, Richard worked for 35 years in the textile industry. Always an avid reader, Richard began writing mystery, suspense and historical fiction novels in 1993. When not writing, he spends his time sailing and growing roses. He has two married daughters and lives in New Jersey with his wife. Beyond Guilty is his fifth published novel.