Anyone remember the children’s book CAPS FOR SALE?

It’s a good one. But not quite as good as a whole teetering stack of BOOKS for sale, which is what Lorie Ham is offering here.

Please contact Lorie at mysteryrat(at)gmail(dot)com if you’d like to buy any of the titles she is offering!

Mysteries:
Hardback:
1.The Moor by Laurie King-book club edition-little dusty & some tiny tares on the dustjucket, but otherwise good $5
2.Sticks & Scones by Diane Mott Davidson-library copy but in good shape other than the page in front that had the library info $3
3.The Hard Way by Lee Child-some wear on dustjacket but otherwise new-$5
4.Strong Poison by Dorothy L Sayers-library copy $2
5.The Ridge by Michael Koryta brand new hardback $5
6.Your Heart Belongs to Me by Dean Koontz-like new $5
7.The Nine Tailors by Dorothy L Sayers-book club copy new $5
8.Dead in Dixie by Charlaine Harris-book club copy almost new (just one tiny tear on the back bottom dust jacket) $5
9.Winter Haven by Athol Dickson-new $5
10.The Darkest Evening of the Year by Dean Koontz-book club copy new $5
11.Deadly Decisions by Kathy Reichs-slight wear on dust jacket/tiny bit of yellowing $5
12.Dying for Chocolate by Diane Mott Davidson-some wear on dust jacket and corners $5
13.The Cypress House by Michael Koryta-tiny bit of dust jacket wear $5

Non-fiction religious:
1.God’s Politics by Jim Wallis trade paper some wear $5
2.Secret Things of God by Dr. Henry Cloud-hardback new but signed to me $5
3.Having a Mary Heart in a Martha World by Joanna Weaver-hardback some dustjacket wear $4

Made It Moment: Dennis Collins 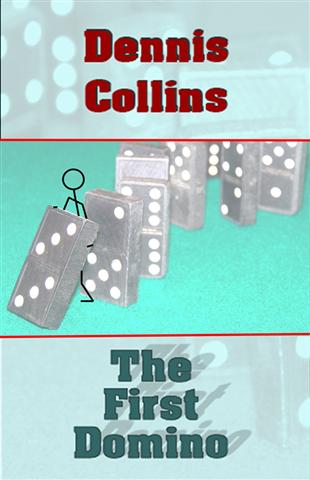 Dennis Collins’ Made It Moment will take us all back a ways–a long ways probably. The more times I read it (and I read it quite a few) the more I started to wonder whether it’s a Moment many of us share. How many writers experienced at a very young age that magic ability to hold a reader in our thrall? Read on… 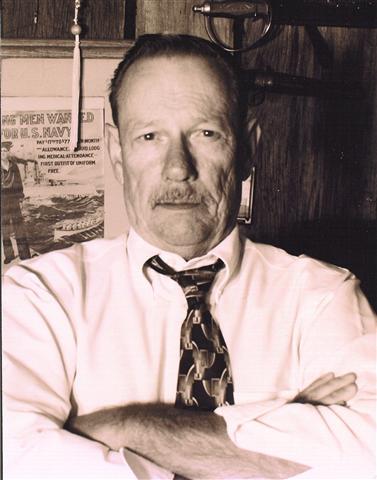 I’d probably be smart to say that I knew that I had it made the third time that some reader told me that they read one of my books from beginning to end in one sitting. I consider that a high compliment and I’ve been fortunate enough to hear it about every one of my books. But I’d like to go much farther back.

I was eleven years old and in the fourth grade at St. Mary’s school in Detroit. Sister Phyllis, the nun in charge of my class, was threatening to expel me. She had me standing in front of the class and was waving a single sheet of loose leaf paper over her head, declaring me a violent maniac (I think her actual word was nincompoop).

My unauthorized tale was a cowboy story influenced by countless Saturday matinees spent with Hopalong Cassidy, Roy Rogers, Gene Autry, and other heroes of my generation. It was filled with gunfights and fistfights just like the movies. What else would you expect from a fourth grader?

But all through her rant, I was aware that she had read my story from beginning to end, that she remembered what she read, that it had an impact on her, and that she felt compelled to give a very emotional review of my story… at the top of her lungs.

In spite of the terror that the prospect of expulsion thrust on me, I felt a little twinge of pride that I had actually gotten to her. I had arrived, reached somebody. I had made it.

My professional life was spent in automotive engineering where I enjoyed a rewarding forty year career. I’ve always had a taste for adventure and risk taking, spending my idle hours flying airplanes, skydiving, scuba diving, motorcycle racing, and engaging in over thirty years of professional automotive powered hydroplane racing.

My first publishing credit came as a complete surprise when an article that I wrote for a powerboat racing club newsletter found its way onto the desk of the president of The American Power Boat Association and he submitted it to Propeller Magazine. My first novel The Unreal McCoy was self published and surprisingly successful. I was able to follow up with Turn Left at September published by Behler Publications, a small mainstream publisher in California. Both titles have been converted to electronic format and are now available on Kindle. The next book The First Domino is now also available on Kindle as well as Nook. My short story, Calvin, was a finalist in a contest sponsored by Futures Magazine. I am a co-founder of the Huron Area Writer’s Group in Huron County Michigan and I write a bi-monthly column, and review mysteries for myshelf.com.