Made It Moment: Gerard de Marigny

Gerard de Marigny’s Made It Moment is different from many we’ve had here on the blog–and also in some deep way the same. It goes right to the heart, not necessarily of this writing life, but of life in general. Gerard has faced trials on the path to success, and below he shares with us what making it really means. 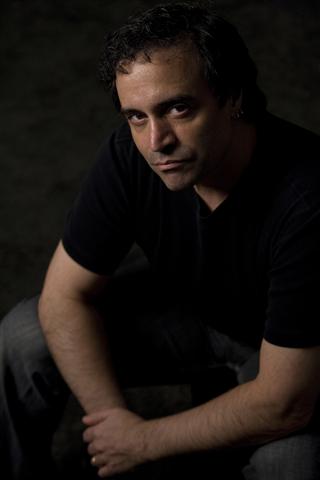 My “Made it Moment” happened the day my four sons ran to the mailbox and opened the box with the hardcover proof for The Watchman of Ephraim in it. I stood there looking at them examine “Daddy’s book” and quietly said a prayer of thanks to my Father in Heaven for saving me both physically and spiritually … all glory goes to Him!

I was a man who spent most of his life searching for my reason to be. From the time I was very young, I felt that there was something … something special, at least to me, that I was meant to do. My problem though, was that I didn’t know what that ‘something’ was.

Yet, while I spent my whole life searching for that something, I found other things along the way.

By 2009, those discoveries led me to believe that perhaps I wasn’t meant to find that ‘something’ after all. To paraphrase a prayer, I said to myself “… if only those things and nothing more, it would be sufficient!” But once again, God showed me otherwise!

One day, after coming home from a job that I hated but felt grateful to God for having, my wife Lisa said to me, “g, you’re miserable. You need to quit your job and write that novel you always wanted to write!” My wife was blessed with a promotion that year and so, after her prodding, I took her advice. I’d been writing stories down my whole life but I’d only let my wife read them. She was the one that said, “You need to publish your stories!” One year, to the day, after she told me that, I published The Watchman of Ephraim. What’s more I found the ‘something’ I was meant to do – write!

Silly me … it was there all the time!

Gerard de Marigny is living proof that it’s never too late to discover what you’re meant to do in life. He’s been a guitarist for a heavy metal band and successfully owned and operated businesses in the music, manufacturing, transportation/logistics and financial industries – but he found that those things were what he did …writing is who he is! Born and raised in Brooklyn, NY, he now lives with his wife Lisa and four sons in the beautiful foothills surrounding Las Vegas, NV.