Made It Moment: Nancy Means Wright

Nancy Means Wright promises us a moral with her Moment, and by gum, she delivers. She also delivers a tightly written, edge-of-your-seat pace–if she can do this in a Moment, I can’t wait to read one of her books! Every time I was sure Nancy had made it, she pulled the tablecloth out from under me, leaving all the dishes level and drinks untouched. Table shaken, meal still standing. In the end, I suppose that’s the moral Nancy was getting at all the time. 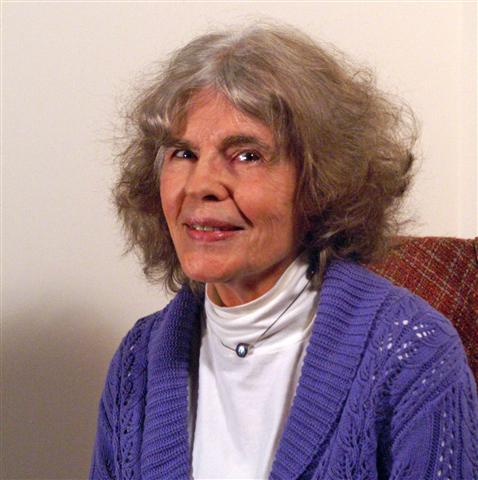 Made it Moment with a Moral or Two.

Well, friends and writers, my outraged mother threw out the first mystery I wrote, age ten, about the kidnapping of a pesky older brother—and it was all uphill from there.

Later, my husband and I lived in a boys’ school where the headmaster wouldn’t let me teach English because it was a “man’s subject.” So I wrote a novel about a faculty wife in a boys’ locker room who slowly anesthetizes herself with sherry. When Ace Books accepted it, my man was away, kids in bed, so my neighbor and I emptied a bottle of vodka to celebrate. But omigod, the cover: a hairy hand pulling back a translucent shower curtain to reveal a curvy nude–not my feminist protag! Embarrassed, I sent friends and kids to buy up copies, and convinced it had a bestseller, the bookstore kept ordering more. It was my Mad moment!

But I wanted to write the great American novel, and two years later I thought I had. Until my agent ran out of places to send it and quit his agency to run a used bookstore. The mice in my upstairs closet turned the manuscript into a shredded nest.

I next wrote a YA about a wild party my daughter gave for 200 kids while hubby and I were away; the unagented novel was rejected by several houses, including Dutton. Three years later I resent it to the same editor who’d earlier rejected it—and she took it! She allowed how she might’ve had a belly ache the first reading. (Moral: Don’t Take No for a Final Answer.) But I still hadn’t published a hardcover novel for adults.

Finally I wrote Mad Season, a mystery set in Vermont, inspired by a pair of assaulted farmers. The perps were caught because the cash they threw about reeked of barn. I turned my teacher husband into an agent, made up stationery, wrote cover letters, and after two rejections we had a call from editor Ruth Cavin at St Martin’s Press. My man negotiated while I hissed in his ear: “Tell her I’ve published other books. Try to get more money!” Well, the advance was small, but heck, I’d made it (sort of). This time we downed two bottles of vodka, and as pay off, I took my husband out for a lobster dinner.

After ten years with SMP I was let go because the sales people said I wasn’t bringing in $20,000 a year, their new cut-off number. For a time I was devastated, and Cavin allowed she’d lost some good writers. But this month my second historical mystery is out from my wonderful new publisher, Perseverance Press, and I’m feeling fulfilled.

How apt a word for all of us struggling writers: Perseverance! Shout it out: Per-se-ver-ance!! (End of morals.)