Made It Moment: Sheron McCartha 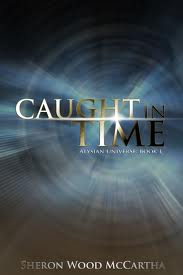 Oh, did I love this Moment. Read it and when you get to the first mention of Penryn, recall a post of mine from the backstory column. Are we writers connected by our processes or what? There is an overlap between all of us who make up stories for a living (or not for a living) and it is a bond almost as thick as blood. Probably thicker in some cases. I also love Sheron’s humor–no, death is not an excuse not to stuff that SASE! And, I love what she did in the end. She found a way to make it, and her father would’ve been proud. 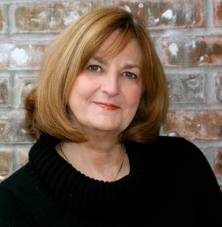 Science fiction has been one of my passions for a long time thanks to my father’s influence. Some Sundays before church, my mother would line us up and count noses and father would be missing. She would go hunting for him and find him hiding out in the bathroom avidly reading some science fiction book as if it were a guilty pleasure. He always said he wanted to write a science fiction book, but he never did—so I did it for him.

First, however, I graduated from the University of Florida (Go Gators) with a Masters in Education: English, speech and journalism. I married and due to my husband’s career, we got transferred all around the country. I went along getting day jobs as a high school English teacher, banker, stockbroker, housewife, mother and art gallery manager. Because we traveled, I lost touch with a lot of my friends.

One night during a long boring ride home from a vacation weekend we drove by a billboard with the name Penryn on it. Going seventy miles an hour, that one-second glimpse sparked my imagination and a whole world of exotic characters, exciting events and future worlds came into being that lasted me years of writing. No wonder I write about time and its effect.

As I wrote, I would submit. First, I attended conferences and workshops on writing. Years went by. There were so many rules. You could submit to only certain publishers. They required specific formats, first three chapters and NO SIMULTANEOUS SUBMISSIONS! I submitted to Simon and Schuster and they suggested I get a literary agent, preferably from New York. I knew no one. Getting a doctor was easier. And, I didn’t take rejection well, especially via form letter. Yes, of course I knew that a lot of famous authors had been rejected many times…knew it intellectually…but emotionally…it was hard. Still, I submitted again. I sent off a synopsis and first three chapters to Baen Books. And waited. And waited. Eight months went by. I sent a letter saying I was going to submit elsewhere. They asked me to send the complete manuscript. I took two months and put a bright polish on it and sent it off. And waited again. I was totally discouraged. My beta readers loved my novels and encouraged me to publish. I told them, “Easy for you to say.” They had no idea.

A year later, I was at a conference and complained about how angry I was that I hadn’t heard a word—not even a cold cruel FORM letter. Two years had passed now. My fellow writer turned to me and said, “Didn’t you hear that Jim Baen died not long ago?” Well no, I hadn’t heard and wasn’t that a poor excuse for not responding?

So when Amazon said they would publish my book at no charge and put it up on their website without causing any deaths, I jumped at the chance. No agent needed.

Then, I waited for sales. One day, I opened my mail and got a wonderful card from a college roommate whom I hadn’t heard from in twenty years. “We are so proud of you!” Candy wrote. “I gave you five stars.” And two days later I got an e-mail from Carolyn, a high school friend, who said “I loved your book.”

I cried both times. They had no idea. It took twenty years to hear from them, but my book did it, and that was the moment that I felt like I had finally made it. Dad must be proud.

I am a Northwest writer living in Portland, Oregon who loves to read science fiction thanks to my father’s influence.

After I graduated from the University of Florida with a Master’s degree in Education, I taught creative writing and English literature at Bradford High School. I got married, had a wonderful daughter, and worked as a banker, stock broker, artist and manager of an art gallery.

One night during a drive home, a one second glance turned into years of writing about the Alysian Universe. Try reading a few stories and I hope you too might find a world that entertains and delights you.