It’s not every day–OK, it’s never happened before–that I get to feature someone on the blog who played an instrumental role in helping me get published. There’s a dream guest of mine who would also fit this description–but today’s dream guest came in at an earlier leg of my journey.

I was querying agents with a 180,000 word manuscript. How did I get requests from agents despite that enormous pink elephant in the room? Because I’d read Elizabeth Lyon’s book, The Sell Your Novel Tool Kit, and she’d taught me how to write a query letter and a synopsis.

Of course, I did many of the things wrong that Elizabeth is going to warn more savvy writers than I was against in her post below. But it didn’t matter. I was getting requests, and soon one of those requests was going to lead me to slice 60,000 unnecessary words from my very first novel, and I was hooked on the process.

Thank you, Elizabeth. And here’s to all our writing roads being paved smoothly…with golden stories. 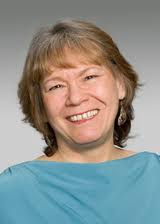 How do I know when my novel is ready to query?

Brace yourself. Stop sending out queries. Am I serious?

All writers are blinded by subjectivity. Few books are ready for publication but the writer is the last one to know this.

Let’s assume that you have done everything you’re supposed to in order to have a completed, ready-to-publish manuscript. That means you’ve done several critical actions first:

In addition, to gain marketing savvy you may have boosted your chances of winning in the marketing game by:

You may be thinking, “That’s a huge amount of work. I’d rather be writing.”

Consider this: why should you expect to gain the prize—a contract, money, and recognition, if you have not fully pursued the education and apprenticeship that are pre-requisites in other professions such as playing in a symphony, practicing law, or performing brain surgery?

Let’s say you have done most of the above items. You may even match the following demographic profile:

To flip this serious blog around, many writers do see publication of first novels (or memoirs—equally difficult to write and publish), after spending only a few years, and some do nothing that is advised and still succeed. Every writer’s trajectory is different.

When you’re ready to query, sometimes the only way to find out if your book makes the grade is by jumping in. Test the market. First, you’ve got to write the query that gains a request to see your pages. Read The Sell Your Novel Toolkit. The query should be 5 to 7 paragraphs, the shorter the better. I’ve seen 3 do the job. If you are sending the query in the mail, your pitch must fit on one page—and don’t forget that SASE. Most agents now want e-mail queries. Some require submission via forms on their websites.

Edit and revise that query till you are sick of it. One writer I know spent 40 hours, literally, on her query. A successful query, in my opinion, gains 3 positive responses out of every 10, and that is what her query produced.

Now, test your query’s effectiveness by sending it to 6 agents via email. If you get rejections, revise your query. Be Teflon coated and let rejections slide away. If you get requests, send exactly what is requested and no more. If you get a request to mail your manuscript or a partial, add a 1- to 3-page synopsis—and an SASE.

Next, send out another batch of 6 or 12 or 30 queries. Rejections? Revise your query; subject it to scrutiny by critique group members or your resident OCD critical friend. Change the order of paragraphs. Amp it with stronger verbs and a stronger hook. Shorten the sentences. Draw your hero in a way that shows original and three-dimensional characterization.

Since many agents (or their assistants) read only a few paragraphs of a query or a few pages of a novel before they hit the delete key or slap the form rejection into the SASE, consider hiring a professional editor to do a critical read-through or a full editing and evaluation of 50 pages and a synopsis.

Obviously, I’m a big believer in using professional freelance book editors either prior to querying or after you know that your novel is apparently not making an agent yelp “Eureka!”

When have you reached the flick-it-in time? You’ll have to decide. Maybe after 30 rejections. Or 50. Or when Catnip walks over your keyboard and won’t let you send more.

History is rife with novelists who believed in their work and were soundly rejected only to self-publish, or to find that one enthusiastic agent after 400 rejections. Some of these books later became bestsellers and award-winners. Traditional mainstream publishing is often too elitist, passing up books that deserve publication; books that are fully professionally written and simply do not guarantee the bottom-line return the publisher is seeking. A plague on all their publishing houses.

So what if your novel is ready to be published? In that case, make it happen. You deserve to complete the circle from idea to creation to a book you can share. We are artists; we deserve an audience. If your marketing gets you an agent and a sale, you’re in. If not, with print-on-demand and e-book technology, the costs are relatively small (do your Google homework) and the satisfaction immense. With completion, you can move on to your next novel, at last returning to what is most satisfying: writing.

Manuscript Makeover was featured in “The Writer” as one of the “8 Great Writing Books of 2008,” and as “perhaps the most comprehensive book on revising fiction.”