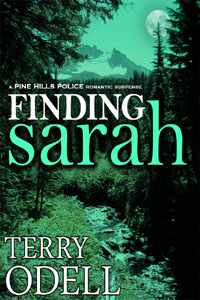 I’m very happy to welcome author Terry ODell back to the blog. Terry also wrote one of the first Made It Moments. Today she writes about the genre boxes that the publishing world tends to think in terms of–and her liberating experience with indie publishing. 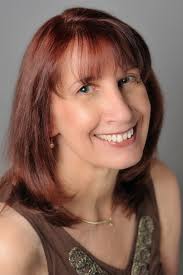 When I decided to move from fan fiction to see if I could write a totally original novel (although there’s really no such thing, is there?), I began a story in my preferred genre, mystery. However, my daughters pointed out that it was a romance. Since I’d never read a romance, I didn’t understand why they thought I was writing one.

A simple sentence triggered their reaction – and this was in chapter 1, so it’s not like they’d had a lot on which to base their decision. “She looked up into those deep brown eyes again, glimpsing flecks of hazel this time.”

So, apparently I was writing a romance. I knew virtually nothing about the genre and its reader expectations (I refuse to use the terms ‘rules’ or ‘formula’ because they make things sound restrictive.) Aren’t all genres basically following rules and formulas to meet what readers want? The detective solves the crime, the hero and heroine get their HEA, or someone fixes the hole in the space-time continuum and saves the universe.

At any rate, since I had no box to fit my genre-expectations in, I wrote what resonated with me when I read any book. The characters. And that’s really what the book was about. A cop, always following the law. An independent woman determined to make her business succeed on her own.

To me, that was my box. I approached it from those basic conflicts. How could I push the cop to consider crossing his self-imposed line? How could I push the heroine into accepting help from anyone? FINDING SARAH became a story about a cop who met a woman when he responded to a crime. And about a woman who learned to understand that accepting help from someone didn’t violate her own rules of independence.

The world of publishing created a box called “Romantic Suspense” which includes every possible sub-genre of mystery, from cozy to thriller, as long as it has a romance at its heart. But that term “suspense” creates its own set of reader expectations. I’ve never thought of my books as romantic suspense. Rather, I think of them as “Mysteries with Relationships.” Because that’s what I like to read.

Although my box was a story of a relationship, publishers had even more little boxes. Was it a crime? Where was the dead body? Was it a romance? How dare I have another man show up BEFORE the hero? Was it suspense? Where was the villain’s point of view? Was it a mystery? Why was it easy to figure out who the bad guy was?

Because my box wasn’t their box. The story, to me, wasn’t about who the bad guy was. That was easy enough to see. It wasn’t even about solving the crime, which ended up being secondary. The story was having a by-the-book cop have a darn good idea who the bad guy was, but NOT be able to do anything because to do so would have meant crossing a legal line. And, of course, I needed to push him across from the white into the gray, and maybe edge into the black just a smidge. (Since it WAS a romance, he had to keep some of those reader expectations for a hero, after all).

I did find a publisher who looked outside of the usual boxes. The book met with good reviews, and was a finalist in several contests. But it didn’t sell particularly well, because marketing departments only work within the restrictions of their own boxes.

Now, with the surge in indie publishing, I’ve regained the rights, updated and polished the book, and republished it myself. Because readers don’t really care about boxes if they like the story and the characters.

(And, because I never did get into that “you can’t do that” box, I wrote an actual sequel to the book, HIDDEN FIRE, featuring the same hero and heroine, which almost never happens in romance novels. I regained the rights and published that one myself, too.)

I did manage to write a straight mystery novel. Again, publishers were confused as to whether it was a police procedural, because the main protagonist was a cop, or a cozy, because the other two main characters aren’t cops but are still trying to solve the mystery. They said the writing was strong, but they wouldn’t know how to market it. I opted to indie publish this one as well. Look for DEADLY SECRETS on my website.

Terry Odell was born in Los Angeles and after living over 3 decades in Florida, now makes her home in Colorado. An avid reader (her parents tell everyone they had to move from their first home because she finished the local library), she always wanted to “fix” stories so the characters did what she wanted.  She is an active member of the Romance Writers of America and Mystery Writers of America.

For readers of this blog, Terry is offering a special promotion. Email Terry at terry (at) terryodell (dot) com with the words ‘Blog Offer’ in the subject line for details.