Made It Moment: Leighton Gage 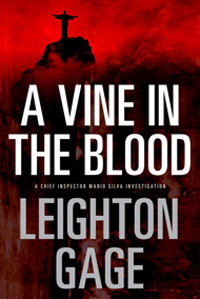 It is a particular pleasure of mine when I can present an author who has meant a great deal to me as both reader and writer. Leighton Gage has a generous writer’s heart, and he is also a gifted author. I’ve referred in interviews of my own to Leighton’s sense of place, which brings the heated, tempestuous forces of his current homeland of Brazil to life. Today I am thrilled to be celebrating the release of Leighton’s fifth Mario Silva novel by sharing his Made It Moment. I hope you will enjoy it, and also discover Leighton’s work or top off your collection of his series with this latest. If you like fiction that exposes you to new worlds–in all their raw reality–these novels will deliver thrills. 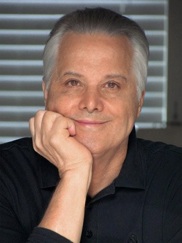 9:00 AM, because that’s when bookstores on the east coast of North America start opening their doors.

And the 27th of December, because that’s the official launch date of my fifth book, A Vine in the Blood.

Where did I get a weird idea like that?

Bear with me; I’ll tell you.

A little over a decade ago, when I sat down to pound-out my first novel, conventional wisdom had it that you couldn’t be said to have “made it” if you’d only published one.

If you aspired to be an author who lived from your earnings, you had to have at least five books in print, four to generate money on your backlist and one to pay back your advance.

Five, my friends, was the magic number.

Don’t do that, please: don’t bring up Harper Lee. I know she’s still living, more than fifty years on, from that splendid first-and-only of hers. But for us mere mortals, literary success and continuity go hand-in-hand.

Five years after setting forth on the rocky road, I’d paid my dues. I’d committed my two “learning books” to the scrap heap; I’d found an agent and a publisher; I’d successfully survived editing, the corrections of my galleys and the joy of my first launch.

There I was, like Moses on the mountaintop, looking down on the Promised Land of Literary Success.

But then, on the nineteenth of November, 2007, Amazon launched the Kindle.

And the goalposts shifted.

Thousands of authors discovered they could do an end-run around the “gatekeepers” and offer their books for rock-bottom prices.

Publishers, many of them working to a suddenly outmoded model, started getting squeezed.

The vested interests tried to hold back the digital tide by selling eBooks books at paper prices.

And a number of authors with six, seven, eight published works to their credit started getting dropped by their publishers.

Soho Crime just bought my sixth book. A short time ago, my second was published in Finland, and my third in the Netherlands. France and Italy will publish in the spring. Two other European markets are currently under negotiation.

So I really can’t complain.

But am I comfortable?

I’ve come to the conclusion that, in this Brave New World of publishing, ten books is the new five.

God willing, my tenth book will go on sale, in (the remaining) bookstores and across the internet, in December of 2016.

By that time, Brazil will have hosted the World Cup (in 2014) and the Olympics (in 2016), both events likely to heighten interest in Brazil and things Brazilian – like my books.

And maybe, just maybe, that will be my Made It Moment.

Because, by then, fifteen books may well have become the new ten.

Leighton Gage writes the Chief Inspector Mario Silva series, crime novels set in Brazil. His work has been praised by the New York Times, Booklist, Library Journal, Kirkus and a variety of other publications as well as by numerous online reviewers. You can visit him on the web at http://www.leightongage.com