Made It Moment: Polly Iyer 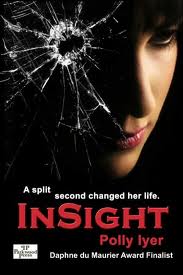 And then I came to the Moment Polly cites out of them all. And I realized that I’d completely missed the boat. I’d missed it, but Polly knows what the boat is, and boy, is she sailing it. Read on. 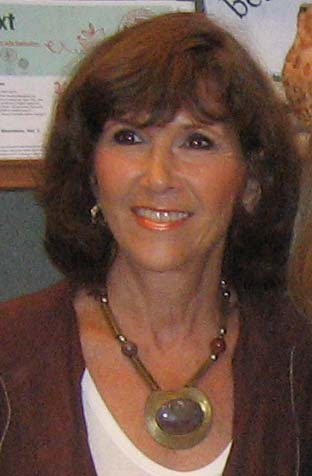 When Jenny asked me to write a blog post titled My Made-it Moment, I thought, made it? But I haven’t made it. Then I thought longer and harder about what “made it” meant.

Most of the writers in the groups to which I belong claim to have written stories since they were kids. Not me. I drew pictures. All the time. Wherever there was a piece of paper and pencil, I drew something .That led me to art school and a career as an illustrator. Years later, no, decades later, when I needed a diversion because real life became too heavy, I sat down at my computer and started typing out a story. I had an idea, knew the characters, but I didn’t have a clue where I was going, or maybe I should say where the characters were taking me. I went along for the ride. And what a ride. Over the years, I’ve been an ex-call girl, a secret novelist, a wayward wife, a man who spent fifteen years in prison, a blind psychologist, and a psychic. I was anyone I wanted to be as long as there was a twisted tale involved. More importantly, I was hooked on writing.

My stories took me to another place, a place I loved. Being a realist and self-critical to a fault, I thought my first story was interesting with intriguing characters, but I was savvy enough to realize I didn’t know what the hell I was doing as far as the technical aspects. I found an editor on the Internet, wrote him, and he agreed to edit my book. When he reached page 49, he emailed me that the story was great—really, his words—but the writing needed work. No surprise there. I did mention I didn’t know what I was doing, didn’t I?

Still, those words, ‘The story is great,’ had a tremendous impact on me. I still have that book in my computer, still think it’s a good story, but time has passed and I need to rework it. The editor was a character and we became great friends. He worked on three of my books and offered three edits for each one. He helped with sentence structure and the technical elements I knew almost nothing about. Later, when I learned more, I realized he wrote only non-fiction. I mean I knew that, but I didn’t know what he didn’t know because I didn’t know it either. For example, POV wasn’t on his radar. Talk about head-hopping. I went back and forth from one person’s thoughts to another’s, never realizing there needed to be a break. Fortunately, I met two writers when I joined the local chapter of Sisters in Crime who asked if I wanted to critique with them. Why they asked, I’ll never know, but I’ll always be grateful to Ellis Vidler and Linda Lovely because they taught me so much. I still don’t know everything, still make mistakes. Learning to write well is a never-ending journey, and the question marks along the way inspired me to learn more.

Here’s to all who’ve made the journey and finished a book. And a word of encouragement to those en route: keep forging ahead. You’ll see what I mean.

Polly Iyer was born on the coast of Massachusetts and now resides in the beautiful Piedmont region of South Carolina in an empty nest house with her husband and a drooling mutt named Max. She’s been an artist, importer, designer, and store owner, but writing is her passion. She belongs to Mystery Writers of America, Romance Writers of America, and Sisters in Crime. Her stand-alone novels can be found on Amazon and Barnes and Noble.