Made It Moment: Mike Nettleton 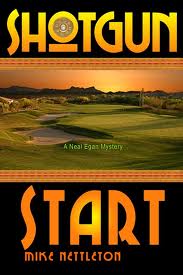 The first line of Mike Nettleton’s Made It Moment contains some of the truest words I’ve ever read about this writing life. And the last paragraph gave me chills. You couldn’t ask for much more out of a Moment, but Mike gives us more. Like the roller coaster metaphor he used in this piece, Mike takes us on a hairpin ride from the bad old days of snail mail publishing–did I ever confess to you guys that I FedExed my queries out of some mistaken belief that anything I might do would require urgency?–through the very first halting days of e publishing, to the Moment that awaited him at the end of the ride. 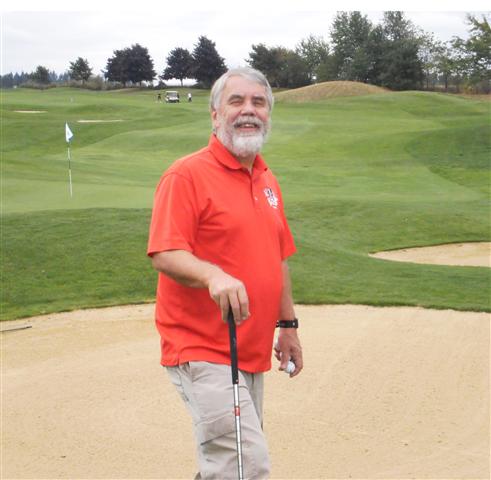 Validation, for a writer, is like sugar water to a hummingbird. You need constant nourishment, since you’re devouring your own body weight in ego every time you sit down and try to create. You may be offered sustenance by your friends, your writing group, or even your own internal critic who concedes, occasionally, that you’ve penned something that doesn’t immediately need to find a place in the circular file. But ultimately, to build the strength to go on, you have to make a pitch to an agent or publisher.

I equate it to buying an “E” ticket for the amusement park ride of your hopes, dreams, and ambitions. Once you’ve put that clever, well crafted query in the mail, you’re winding through the turnstiles to take your turn. After handing over your ticket to the slightly disreputable carny with his hand on the lever of The Wolverine of Love (or insert your favorite high-altitude coaster ride name here), you clamber into the tiny car, pull the safety bar across your lap, and start the climb. Step by clackety-clack step you ascend, palms sweating, dizzy and fighting the urge to stand up and scream—“Stop, I want to get off.”

The process seems to take forever: weeks; months; a year or more. And then…
The mailman drops that magic envelope in your box. The one with the return address from Mr. or Ms. high-powered, let’s-auction-it-for-a-huge-advance, it’ll-make-a-great-movie-with-Brad-and-Angelina, agent. With a final click or clack the roller-coaster car pauses at the peak, its nose hanging over the edge, poised for what comes next.

With trembling hands, you reach for whatever’s nearby to slit the envelope open: a letter opener, a butter knife, a fingernail, the schnauzer’s paw. A single sheet emerges from its nest—you open it to read:

You’re hurtling at a million miles an hour down the tracks toward oblivion. Heart and various and sundry other internal organs are in your throat. Your dreams of instant fame and recognition are soon to be dashed at the bottom. You’ll never recover.

But you do. And you write again and buy another ticket for the ride.

In the mid-nineties, my wife and unindicted co-conspirator Carolyn J. Rose and I interested a highly-regarded New York agent, Vicky Bijur in our jointly written farcical mystery The Hard Karma Shuffle. She loved the book, knew she could sell it and urged us to begin writing a sequel, which we did. After a series of nice “no thank yous” from various publishers, she landed us a deal with the startup Ebook division of Time-Warner. Despite the fact we had no clue what an Ebook was and nobody was talking six-figure (or even two-figure) advance, we were ecstatic. The Wolverine had reached the crest and was teetering there.

And then, somehow, the weight shifted to the downhill side of the ride. Time-Warner folded the new division and wasn’t interested in publishing Hard Karma in paperback. Vicky didn’t much like the sequel we’d submitted. Soon, nicely, she notified us she didn’t think it would be fruitful to continue the relationship.

Since that time Carolyn has been published by Five Star and received a small advance and I had Shotgun Start taken around to the big publishers by an Atlanta agency, to no avail. I grew tired of the carnival, put the book away for 4 years, and essentially didn’t submit anything to anyone.

But then, with a little gentle but insistent urging by my wife, I pulled the book out, cut 50,000 words, strengthened some characters and plot lines and submitted it to Ken Lewis of Krill Press who published our jointly written books The Big Grabowski and Sometimes a Great Commotion. His reaction was immediate and gratifying. He thought it was a terrific book and despite thinking it belonged with a larger press, wanted to publish it. We agreed, he came up with a killer cover, and it’s now out in trade paperback and (here’s a little irony) as an Ebook.

But the real “Made it Moment” came when I began seeing sales on Amazon and at the book fairs we attended. They’re not overwhelming, but they are growing and I have high hopes I can duplicate Carolyn’s success story and sell thousands of Kindle and Nook versions to readers. I even got a fan email from a reader recently.

Ultimately, making it means something different now than it did when I started. My writing won’t make me rich and famous, but that’s not the point, really. What I want is for people to read what I’ve written. And that’s happening. People I don’t know, people who have no stake in stroking my ego are, as we speak, smiling at one of my jokes or rooting for Neal Egan to drop-kick his ex-wife to the curb. Perhaps I’ll help them escape from the pressures of their day-to-day life for a few hours.

And the roller coaster ride has shut down for the season.

Mike Nettleton is a retired radio personality who keeps busy writing mystery novels, playing golf, and walking a little white Maltese. He’s the author or co-author of six books including the hard-boiled Neal Egan detective novel Shotgun Start. He’s currently at work on a sequel. Mike is the two-time winner of the Pacific Northwest Writer’s Association short story competition and has received national recognition for several advertising campaigns. His wife, Carolyn, is his fiction collaborator and he has a son, Rob, who is a webcasting specialist with Intel.