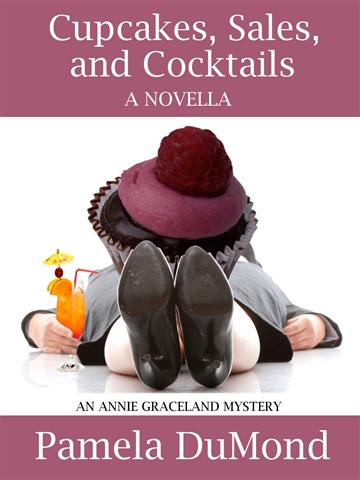 Pamela DuMond shared her Made It Moment here last year and today she is back to update us on how her writing life and dreams have evolved since. Pam’s debut novel CUPCAKES, LIES, & DEAD GUYS was an e book hit and so Pam is situated to reflect on both the benefits and shortfalls of digital publishing. Read on for Pam’s unique take, and celebrate the e release of her brand new CUPCAKES novella! 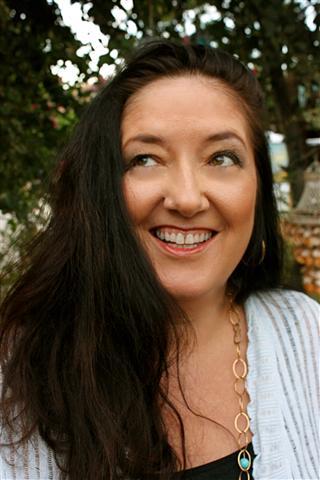 Publishing: A Foot in Two Worlds – A Dream in All
The publishing world’s changing every day.

Traditional publishers, known as the Big 6, are now in 2012 thought by many (not all) to be the Big 7. This is because Amazon is pushing (also termed, ‘stepping-on-many-toes,’) in their quest to join this private club.

In 2010, “Indie Publishers,” was the term used to designate small presses.

In 2010,“Self-Published,” referred to those brave souls/individuals who chose to forge ahead and publish on their own. Two years previously, this action was frowned upon by well — almost everyone.

Many writers that used to call “Traditional Publishers,” now term them, “Legacy Publishers.” (FYI: Many traditionally published writers and their publishers do not like or condone this term.)

Am I out of my flippin’ mind for wanting a foot in ALL these worlds?

I finished my first novel – Cupcakes, Lies, and Dead Guys in 2008. Approximately forty agents rejected my ms. In 2009 I signed with a junior agent at a major agency. Color me happy!

In 2009-2010 my agent shopped my novel to approximately forty editors at traditional publishing houses where it was again, rejected. After nine months, the super-fine agency fired my agent, fired me and I was agent-orphaned. (This sucked.)

Lucky for me, a writer friend/acquaintance picked up the ball and ran with it. She asked Ken Lewis at Krill Press if he’d read my book. He loved it, said yes, and we had a deal. Yay! Cupcakes, Lies, and Dead Guys was published in late 2010. To date it has sold nearly 8500 copies. These aren’t Amanda Hocking figures, but considering most self-pubbed and small press books sell between 100 to 1000 copies, it’s a decent number and I’m proud of it.

I also marketed the heck out of this book on a dime. (Different blogpost.)

In 2010, not knowing what would happen with Cupcakes novel, I wrote a novel in a completely different genre. It’s a YA time travel historical romantic thriller called The Messenger’s Handbook.

I’ve been shopping The Messenger’s Handbook to agents and publishers (small, big, and micro) for a while. Again, for the most part I’m hitting closed doors, closed minds, and hearing a cacophony of, “Nos.”

One micro press loves it and offered to publish it. But also encouraged me to continue shopping it to bigger presses with better distribution. Several well-connected small presses requested the full ms. A few said no, and I’ve yet to hear back from others.

Some agents are perusing my ms’s fulls and partials. Just today I got yet another agent rejection.

Thanks to Jenny Milchman’s encouragement, I entered The Messenger’s Handbook in the ABNA competition where, thanks to writers who helped me hone the pitch, it made it to the second round.

In summer of 2011, readers started asking about the next Cupcakes book. Oopsies! I was working on two sequels but knew neither would be completed before the end of 2011.

I decided to set these aside and instead wrote a Cupcakes Novella. I hired my editor. I hired Booknook.com, an e-book conversion company, (which I highly recommend.) And my friend and fab screenwriter, Michael James Canales, created the novella’s cover.

I embarked on another adventure by putting the novella up for free on the Kindle DP Select program. Exciting- yes. Scary – yes. Necessary – yes. I did two give-away days in early February. 18, 200 copies were dl. In the “Free” Kindle store, the novella hit #8 in overall sales, #1 in Humor, #1 in Mystery, and #1 in Female Sleuths. Exciting! I did another giveaway on March 1st.  And only gave away 262 books. Go figure.

Back to the Second Foot: Traditional Publishers

And I’m back to my dream. In today’s market, with all the craziness —  how long does one wait for the agents and traditional publishers and even small presses to respond?

Unlike Jenny Milchman who persevered for eleven years, (major congrats on Jenny’s tenacity and her book deals,) remember, I don’t currently have an agent. Which means I cannot shop my YA to traditional publishing houses.

I have harbored the dream of breaking into traditional publishing for years. I want a savvy agent. I want to work with an incredible editor at a well-connected house. I want to walk into a bookstore and see my books. I want to attend signings. (My own as well as other authors.)

I’d love a foot in all worlds. But when is it time to face the reality? Call it a day? Move on? What would you do? What do you think? What is your story?

Pamela DuMond was born and raised in the Midwest. She moved to Los Angeles for love. When that tanked, she stayed for the beautiful weather. While Cupcakes, Lies, and Dead Guys is her debut novel, she contributed essays on intuition to Soul Moments: Marvelous Stories of Synchronicity – Meaningful Coincidences from a Seemingly Random World, edited by Phil Cousineau. She’s also edited more than her share of self-help books.

With Joe Wilson, Pamela co-created Celebrity Jar of Air, the internationally acclaimed comedic jar that may or may not have contained air molecules breathed by Brad Pitt and Angelina Jolie.

Pamela is an author, writer, chiropractor and cranio-sacral therapist. She loves reading, writing, the beach, yoga, movies, animals and her family. She lives in Venice Beach, California with her furballs. She’s currently writing the second book in the Annie Graceland series, as well as a YA para-normal romance. She lives for a good giggle.