Made It Moment: Alex Lukeman 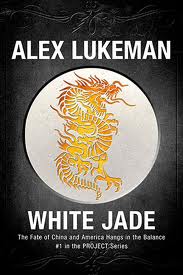 In today’s Moment, thriller writer Alex Lukeman explores the concept of how relative ‘making it’ can really be. The horizon recedes almost every time we approach it. Lest that perspective seem gloomy, however, Alex ends on the most positive note of all. Read on and see how he’s weathered the waves of this writing life. 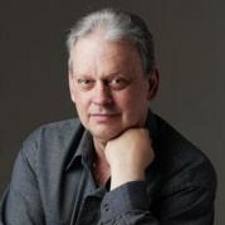 Thanks, Jenny, for inviting me to write about my “Made it Moment”. It’s an interesting question, because what makes it for me or any writer can be anything from a $25.00 check for a magazine story to a contract advance of thousands of dollars.

I’ve been writing since I was a kid. I must have submitted fifty stories to various magazines, only to receive the famous form letter rejection in the mail (no email back then!).

In 1969 I wrote a novella titled The Bane of Kanthos, a Sword and Sorcery epic. Typed it out on an old Royal in a month. I sent it, errors and all, to ACE paperbacks, famous for their doubles in science fiction. It was “over the transom” as they say (remember transoms?). They bought it! Wow! $1200.00 advance, which in 1969 was real money.

Oh, joy, I was a writer at last. Or so I thought. I used the money to go to Mexico for three months. ACE wanted a second book in the series. I wrote it, but it was a mess, mainly because it was very dark, more of an eruption of my unconscious than a decent book. They rejected it, of course. That’s when I began to get a clue that there was a lot more to writing than putting words on paper, even if the plot was good.

I sold a couple of non-fiction books, small publishers, then landed a contract for a book about sleep with M. Evans, a great company run by George DeKay. He was a wonderful man, very supportive. Sadly, he’s now gone. He bought four of my books. That was a real “made it moment”, that first book with George.

Now I’ve gone the Indie route and write Thrillers featuring a covert counter-terrorism unit with strong female and male protagonists. White Jade is first in the series and is garnering excellent reader reviews. So, maybe, another Made it Moment has finally arrived. I like to think they’ll keep coming.

Alex Lukeman lives in Northern California in the foothills of the Sierra Mountains. He likes riding old, fast motorcycles, sipping Barnados rum and playing guitar, usually not at the same time.

Alex writes action/adventure thrillers. WHITE JADE is the first in a series featuring the PROJECT, a covert counter-terrorism unit. THE LANCE is second in the series. The third book, The Seventh Pillar, is now available. A fourth book will be coming out later in 2012.