Made It Moment: Steven Torres 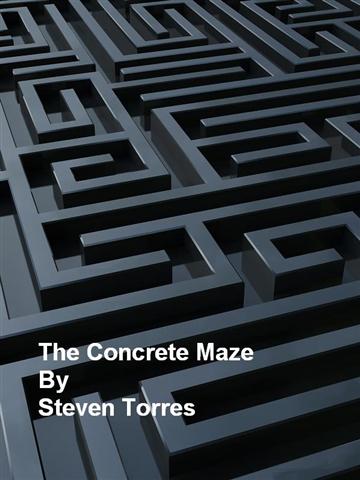 This Made It Moment begins with the biggest, bolt-from-the-blue piece of luck I’ve ever heard about–and I’ve heard a lot of stories. So have you, if you follow this forum, and I believe Steven’s will have you shaking your head in disbelief. But wait. It gets…well, worse. Don’t worry, after that it gets better. And then Steven leaves us with the best form of making it of all. Beloved followers of this forum, we’ve all accomplished what Steven comes to, and I agree that it’s the best form of success of all. 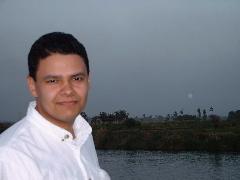 This is hard. Did I tell you that I wrote my first novel a dozen years ago, bought a Writer’s Digest book on writing markets, sent out a cover letter with the first three chapters to seven different publishers and got a phone call the very next day from one of them? That’s got to rank as a made it moment, no?

Until my father asked me why someone else’s name (the series protagonist’s) was on the cover. Yes. Then I walked into the late, lamented Black Orchid Bookshop in NYC to announce myself (sheepishly) only to be told that although they had 25 copies of my book they were hoping I’d sign, my publisher had told them I didn’t do signings. Imagine.

How about an anti-made-it-moment? That would be walking into the happily still living Mysterious Bookshop in NYC, hoping to introduce myself to Otto Penzler, only to have Walter Moseley walk in a few steps behind me. Otto had 250 copies of Moseley’s title waiting for signatures. I beat a hasty retreat.

Starred reviews, a story accepted in a magazine, a prize for a short story, a nostalgia piece for the New York Times. THE NEW YORK TIMES! A keynote address for a Puerto Rican Day Parade…

I knew this would be hard. This is just a resume, no?

How about this? I go to Bouchercon, the mother of all mystery conventions. I remember my first – it was in Las Vegas. And it was dreadful. I don’t drink, I don’t gamble and showgirls? My wife would kill me. Not to mention the feathers…

But how about my most recent Bouchercon? St. Louis. Reed Farrel Coleman slapped me on the back, SJ Rozan gave me a hug, Ted Fitzgerald shook my hand. I had lunch with Russel McLean of Scotland and Christa Faust who makes every place her own. A burger with Gerald So. Breakfast with Jennifer Jordan, a talk with Linda Landrigan, a chat with Simon Wood and Blake Crouch…

It dawned on me – I’m a little slow, so it took ten years – that I’ve become a part of a community. People recognize my name and my face and sometimes both. They embrace me. They don’t cross the street when they see me coming (well, except maybe for Reed….) So maybe that’s the Made-It-Moment.

Because when you sit down to write a Made-It-Moment piece, you should, perhaps, start by defining what “it” is. As a writer, maybe the resume approach is enough – a half dozen novels, a couple dozen short stories, a dozen or more magazine articles – you can’t ask for too much more. But these are paltry things when compared with a single human interaction.

So there I am, Bouchercon 2011, St. Louis, standing in a ballroom filled with people. Many I know, many know me. I’ve made it – one of the few “its” that really matter: connection with my fellow human beings, friendship.

Steven Torres was born and raised in the Bronx, has lived in Puerto Rico, upstate New York and, now, Connecticut with his wife and daughter. He’s the author of THE CONCRETE MAZE and KILLING WAYS 2: URBAN STORIES as well as the PRECINCT PUERTO RICO series for St. Martin’s Press. Steven’s hard at work on a novel about a former Soviet commando he inadvertently named after a Russian figure skater, Viktor Petrenko. Steven blogs at http://www.crimetimecafe.blogspot.com.