Made It Moment: Allison Brennan 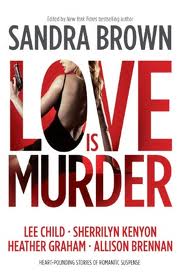 This is an unusual sort of Moment, where the author is a contributor to an anthology. The word anthology understates what this book offers:  30 stories of romance and suspense by a collection of International Thriller Writer authors. One of my favorite authors is included in this volume; readers of this blog will probably be able to figure out who I mean. I pre-ordered to read his contribution alone, but when I saw the lineup, I realized that I had just bought the book bargain of the season. Where else could you find so much talent in one densely packed volume?

At ITW, that’s where. So without further ado, I introduce you to one of the contributors, romantic suspense author Allison Brennan, whose eighteen novels and NYT bestselling career might belie the fact that we all start out in the same place, and making it usually requires the same devotion on all our parts. 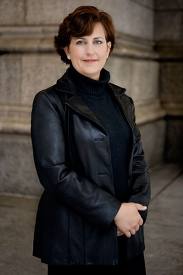 I married at 23 and had three kids by the time I was 31. I always wanted to write a book, but between family and my career as a consultant in the California State Legislature, I convinced myself I didn’t have the time. After my son was born in 2001, I realized I needed to get serious if I wanted to be published. My problem? I never finished anything I started. I had hundreds of beginnings but no endings. Some of my “beginnings” were 300 pages long—meandering stories without focus. I’d get sidetracked by new ideas, dumping whatever I was working on for the new, better, glossier story.

I knew I needed to finish a book, but had to make the inner commitment to do it. No one cared if I wrote except me, and I had to make writing a priority. I gave up television for three years (which was hard—I love TV!) and wrote every night after the kids went to bed. In June of 2002, I typed THE END on my first complete manuscript.

At that moment, I knew I’d made it. For me, finishing a novel gave me the confidence to query agents and write another book, exactly what I needed and my first real step toward publication.

I didn’t sell that first manuscript. In fact, it took me five books before I sold. But that first book proved to me that I could finish what I started. I still type THE END even now, and it still gives me the same thrill as the first time.

Allison Brennan is a New York Times and USA Today bestselling author of eighteen romantic suspense and thrillers. She lives in Northern California with her husband and their five children. Her current book SILENCED is the fourth in her Lucy Kincaid series, and she is a contributing author in the Sandra Brown edited LOVE IS MURDER, coming on May 29th from Mira Books.