Made It Moment: Evelyn David 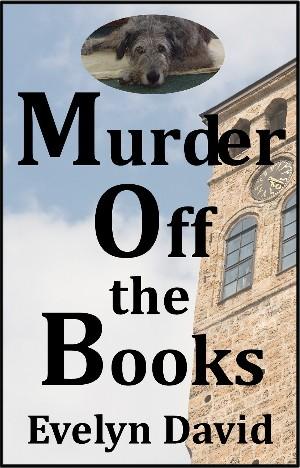 This post is one part Made It Moment (hint: if you want to make it, don’t check your sense of humor at the door) and two parts recipe for a collaborative writing life. Only Evelyn David throw in a wrinkle. How do you succeed if you’re two different authors in two separate parts of the country? Rhonda and Marian are about to tell you how–just as soon as they tell you who they are. 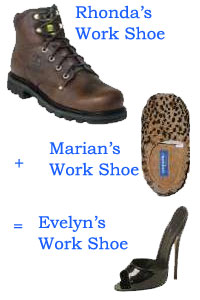 Maggie Brooks, intrepid reporter and unexpected sleuth in our new mystery Zoned for Murder, finds herself juggling career and family with almost fatal results. While the stakes may be higher than most of us usually confront, that sense of trying to keep all the plates spinning at the same time is a familiar sensation.

Both halves of Evelyn David have “day jobs” and families. The Northern half writes nonfiction books and blogs for a living; the Southern half is the coal program director for the state of Oklahoma. Creating murder and mayhem has to be sandwiched in between job demands and family responsibilities – it’s at least a triple-decker sandwich. Writing mysteries is a pleasure. Thinking of new, devilish ways to kill off bad guys, discovering clever methods of hiding clues and inventing red herrings – what’s not to like?

Finding a method to keep all the balls in the air, without dropping any of them, is more than a sleight of hand. It’s only possible because there are two of us juggling all the pieces. We’ve tried to figure out what makes a successful writing partnership and have concluded it’s part science and a lot mystery. But here’s what we’ve learned that works – for us and for our characters.

First, and probably foremost, you need a sense of humor. Writing is a tough business, hard on the ego, full of rejection. So if you can’t laugh at the absurdity of it all and keep going, it’s time to find another career. We’ve deliberately incorporated humor into all our mysteries. If we believe laughing at yourself and the craziness of the world is important to us, then it’s got to be important to the heroes we create in our books. Maggie Brooks often makes fun of herself and her predicament as “poor widow Brooks.” When she lost her husband she could barely brush her teeth in the morning. Finding her way back to joy in life is hard, but Maggie wants it. She wants to laugh again.

Second, if you are going to write with a partner, give up all pretense of an ego. Not only will that help when faced with the inevitable rejection inherent in publishing, but diva moments never help creativity. Do what needs to be done and forget about getting credit. The success of the team (oy, dare we say there’s no “I” in team) is paramount. In Zoned for Murder Maggie Brooks works for the Sound Shore Times, a small village newspaper. She has to cover everything from bake sales to city council meetings. Not that exciting for a former Newsweek reporter. But she’s got pride in her work and is appalled when a local resident advises her to turn over her notes to a “real” reporter. Maggie follows the clues to get to the root of the mystery of a local contractor’s death, even if the next time her name is in the newspapers it might be in her obituary.

After three full-length novels, eight novellas, and countless short stories, the collective Evelyn David is going full-steam ahead. We’ve embraced the e-book revolution and the options it gives us for choosing our own destiny. We write on our own schedule. We create our own covers. We publish when we’re ready. Like Maggie Brooks, we’re enjoying the challenges of walking the tightrope, keeping a balance of work, life, and family, and savoring the moments in each.

Evelyn David is the pseudonym for the mystery writing team of Marian Edelman Borden and Rhonda Dossett.

Marian lives in New York and is the author of eleven nonfiction books on a wide variety of topics ranging from veterans benefits to playgroups for toddlers!

Rhonda lives in Muskogee, Oklahoma, is the director of the coal program for the state, and in her spare time enjoys imagining and writing funny, scary mysteries. Marian and Rhonda write their mystery series via the internet. While many fans who attend mystery conventions have now chatted with both halves of Evelyn David, Marian and Rhonda have yet to meet in person.

Please check out Evelyn’s website and their blog The Stiletto Gang for information about Evelyn David’s appearance schedule and writing projects.