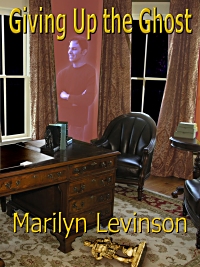 Paranormals are a hot genre now, but ghost stories have been with us forever. We can all imagine that first teller of tales who sat around the campfire and invented a spirit from another realm to cast out the all too real shadows hovering around. In this guest post, author Marilyn Levinson talks about how she decided to write a modern tale of a ghost. 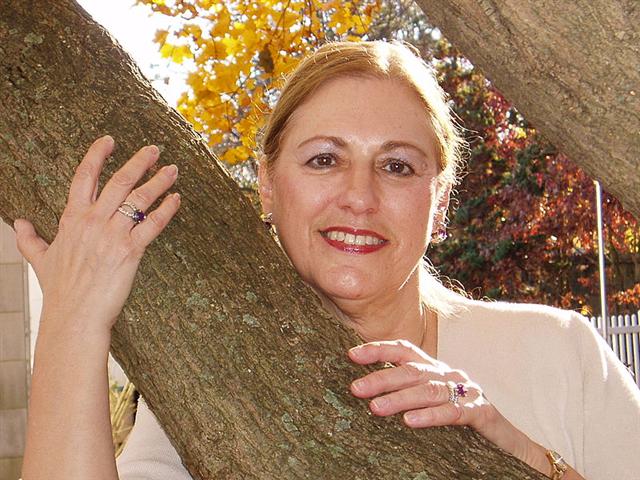 While I’ve never actually met a ghost, I know ghosts have a permanent place in our literary lore. We find their eerie yet limited manifestations appealing. They usually remain on our earthly plane to teach someone valuable life lessons or to resolve issues they hadn’t attended to before they died. My favorite spirits are George and Marion Kerby from TOPPER and the sea captain in THE GHOST AND MRS. MUIR

My ghost, Cameron Leeds, is a scoundrel. When alive, he flirted with every woman who crossed his path. His many business deals weren’t always legal. Though his best friend, the town’s police chief, has declared his death an accident, Cam knows he was murdered. Trouble is, he doesn’t know who did it, and he can’t move on until he finds his killer.  And so, when Gabbie Meyerson rents his family’s cottage—the only place where he can manifest–Cam nags and cajoles until she agrees to investigate.  Gabbie starts asking questions, and to her dismay discovers that several of Cam’s so-called friends and neighbors are glad he’s dead.

Though he was a clever if shady businessman, Cam hasn’t a clue that his thoughtless behavior often enraged people and eventually led to his death. He sent away the only woman he ever loved. In fact, it’s only after he’s dead that he realizes he truly loved her. Lucky Cam receives the golden opportunity very few people get —a chance to say good-bye.

For a fun and thoughtful read, look for GIVING UP THE GHOST on Kindle and the Nook.

Marilyn Levinson is a former Spanish teacher who writes mysteries and novels for kids. Her debut mystery novel, A MURDERER AMONG US, was awarded a Best Indie of 2011 by Suspense Magazine. She lives on Long Island with her husband, Bernie, and their cat, Sammy.