Made It Moment: Brian Andrews

Contest Update: Congratulations to reader Sheila K who won a signed copy of Brian’s novel THE CALYPSO DIRECTIVE! Thank you all for entering, and here’s to many more giveaways to come! 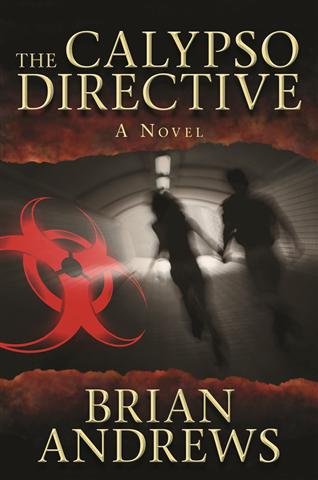 Some of you may know that last year after my book sold, an author I long admired got in touch with me. Carla Buckley wanted me to become part of the Debut Authors Program of International Thriller Writers. This still stands as one thrilling moment. In the months since, ITW has become a beloved part of my life. I look up to the authors there, and getting to know some of these legends is just plain trippy. And I love every single one of “my” debuts whose releases I watch as if I were running along behind a bicycle until the person rides off for the very first time. Today’s guest is one of those Debuts, and his writing quest will speak to all of us who feel it’s less about making it than writing the next book. Here’s to launching–and to every single moment that follows. 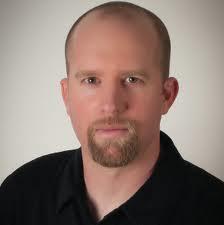 First, let me say thank you, Jenny, for the opportunity to post on your blog. Your support for authors is remarkable, and I admire your dedication to finding success in both the craft of writing (bravo on Cover of Snow!) and communicating the accomplishments of your peers.

Regarding my “made it moment”…  Smack in the middle of editing Calypso Directive for publication, my agent informed me that she was retiring. Immediately, I was in a panic. What was I going to do about my next book? (never mind the fact I had not written my second book). The sky was falling! After several deep breathes, I realized this was probably not the pressing crisis I was making it out to be. Until I had another book to sell, fretting about getting a new agent was akin to worrying about what to order for dinner when you haven’t even had breakfast. After CALYPSO was past copy-edit, my editor (who knew my agent predicament) sent a copy of the manuscript to Phyllis Westberg of Harold Ober Associates. Fast forward to the present, and I can proudly say I’m once again a “taken” author. To be represented by the same agency of legends such as F. Scott Fitzgerald, Agatha Christie, William Faulkner, and J.D. Salinger is humbling (and quite a boost to the spirit). Now, if you’ll excuse me… I need to go work on finishing that second novel.

If you would like to receive an autographed copy of THE CALYPSO DIRECTIVE, please leave a comment. Brian will sign and mail a book to one winner chosen at random!

Some facts about the book: The Calypso Directive originally had a subplot that wove throughout the novel—an origin story for my protagonist (Will Foster) set in 1665 in Eyam, England. As I wrote, the subplot evolved into a tragic love story… with enough legs to stand on its own. At forty-six pages in length, my editor and I decided to pull the chapters from CALYPSO, and bundle them as a companion novella titled “Ring of Flowers.” Ring of Flowers is a available for free on Kindle, Nook, and iPad for anyone who wants to delve into the origin of Will Foster’s mysterious immunity mutation.

Midwest born and raised, Brian Andrews is a US Navy Veteran who served as an officer aboard a 688 class nuclear submarine in the Pacific. He graduated from Vanderbilt University with a degree in psychology. He is a Park Leadership Fellow and holds a Masters degree from Cornell University. Brian lives in Tornado Alley with his wife and daughter.