Made It Moment: Mike Orenduff 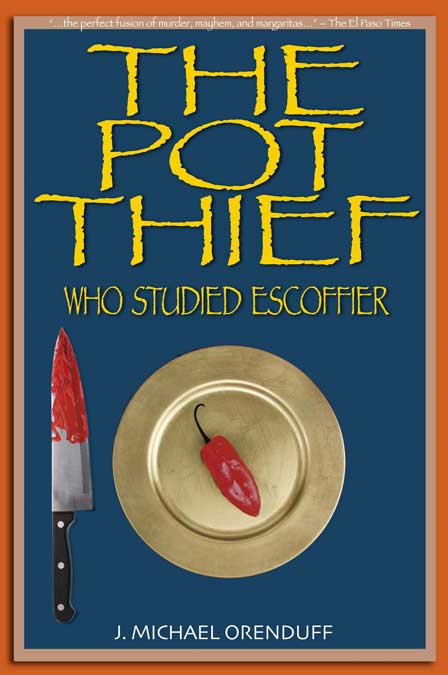 If Mike Orenduff has been reading the Moments since they began, that’s about as long as I’ve been hoping he would contribute one. As so often happens, sharing a Made It Moment with all of you is a moment for me.

Mike is one funny guy, in his books, and in this post. Also like his books, this Moment contains wisdom. Maybe making it isn’t all it’s cracked up to be? Maybe it can actually have a deleterious effect. Luckily, the concept is flexible. Once you achieve a milestone as Mike did, you can always say, What’s next?

I’d still call thunderous applause making it, though. Read on… 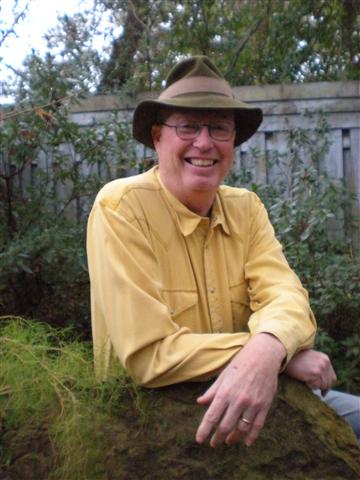 I began reading “made it moments” on Jenny’s blog about the time she came up with the idea, and it’s been fun. I’ve enjoyed reading about the wide variety of events or accomplishments writers count as making it, but I never imagined I would be a contributor. I didn’t want to have a made it moment because in order to make it, you have to know what “it” is. In a recent post, Michael Esola defines it as selling a million books. He’ll know he’s made it when he accomplishes that. Others have more modest “its” – holding your first book in your hand or doing a bookstore signing. But I didn’t want an “it” because I was afraid I might make it. Then what? I wanted to keep writing. I like the journey. So I didn’t set a destination. Maybe Esola has the right idea. If I set selling a million books as my goal, I wouldn’t have to worry about making it.

Then I discovered that you don’t have to have an “it” in mind. One can just pop up. In my case, it was my third book, The Pot Thief Who Studied Einstein, winning the Lefty. I had never set that as a goal. In fact, when I received the form from Left Coast Crime to make nominations, I nominated only Rob Kresge’s Murder for Greenhorns for the Bruce Alexander award for historical mysteries. Then I received an email from the person collecting the forms saying, “Your book is really funny. You should nominate it for the Lefty.” I wrote back and said I hoped someone would nominate my book, but I wasn’t going to do it myself. What I didn’t know was that the number of nominations is important. I figured you were either a nominee or not. But only the five books that received the most nomination make the short list. Fortunately, enough people nominated my book that it didn’t need my vote.

Don’t get me wrong. I self-promote like most authors. I was delighted to make the short list. I was elated to win. But it was not a personal goal. Hearing my name called, walking up to the podium to thunderous applause, and giving an off-the-cuff and well-received acceptance speech were my fifteen minutes of fame. But the afterglow lasted a lot longer than fifteen minutes. I enjoyed the invitations to speak and do signings, the congratulatory emails and phone calls, and seeing my name bandied about on the Internet. I luxuriated in it. What I didn’t do was write.

I excused my lack of writing; I was busy. But what could excuse the lack of urgency I felt about returning to my craft? That’s when I realized I had it. The Japanese call it ‘victory disease’, the tendency to slack off once a goal is accomplished, the enervating desire to enjoy the fruits of victory with no thought about the dedication that got you there. Winning the Lefty was the made it moment I had dreaded because I knew subconsciously that it would take me away from the journey. Once I figured out that out, I got over it. I’m about to release book #5 in the series and the gap between it and #4 is the longest so far, a result of the vacation I gave myself after winning the award. I don’t think I’ll fall victim to that the next time I win an award. Or maybe I’ll never win another award. That’s O.K. I’ll keep on writing either way.

Mike Orenduff grew up in a house so close to the Rio Grande that he could Frisbee a tortilla into Mexico. After receiving his Ph.D., he became a university professor, going on to serve as President of New Mexico State University. After retiring from higher education, he began writing his award-winning Pot Thief murder mysteries which combine archaeology and philosophy with humor and mystery. Among his many awards are the “Lefty” national award for best humorous mystery, two “Eppies” for the best eBook mysteries and the New Mexico Book of the Year Award.

His books have been described by The Baltimore Sun as “funny at a very high intellectual level and deliciously delightful,” and by The El Paso Times as “the perfect fusion of murder, mayhem and margaritas.”

The 5th book in the series, The Pot Thief Who Studied D. H. Lawrence, is forthcoming in the summer of 2012.