Made It Moment: Alan Orloff 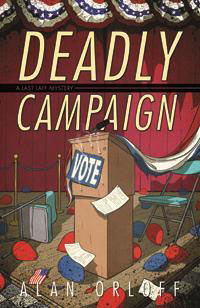 An unsolicited, unasked-for, unpaid testimonial. This may not be the kind of testimonial the Wizard knew the Scarecrow needed, but for sure it’s one that every writer dreams of. Alan Orloff got his, and it keeps him going during some of those rough writer times. What about you? If you’re a writer, do you remember when a reader first reached out to you as one of Alan’s did? If you’re a reader, do you write to authors you admire? Please share Alan’s Moment…and then perhaps one of your own. 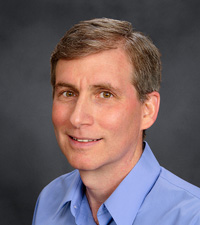 When I was a kid, I never wanted to write. In high school, I despised English class and absolutely hated writing essays and reports—I was always the guy who increased the margins and “accidentally” threw in two spaces between words in order to achieve the minimum page requirements with the minimum effort (I would have increased the font size, too, but this was before the wondrous age of personal computers).

In college, I majored in mechanical engineering, just to avoid the whole “writing papers” chore.

All of this “writing avoidance” must have irked my father, who at one point in his life was an English teacher.

That’s why I don’t think I’ve had a “made it” moment. Because writing a book had never been a long-term goal of mine.

Of course, once I began writing, getting published became my goal. And I’ve been fortunate to experience some pretty cool milestones (getting “the call” from an agent, getting my first contract, receiving an Agatha nomination, speaking at the Library of Congress, having my old high school calculus teacher show up at one of my events).

But I think one of the neatest things was getting my first fan email from someone, a complete stranger, who said how much she liked my first book. I’d gotten reviews, of course, but reviewing books was a person’s job. This unsolicited review from a reader was different. She went out of her way to write me a complimentary note.

And it meant the world to me. In fact, when I get bogged down writing a first draft, when I’m fretting over that “muddle in the middle,” thinking I’ll never make sense of my mess, those little notes help keep me going.

Maybe one day, something will happen and I’ll think to myself that I’ve “made it.” Then I can hang up my writing shoes and sail around the world.

But I doubt it. After all, it’s the journey that counts (corny, but true), and I hope I never get so complacent that I stop striving for my next goal.

Besides, I don’t sail.