Made It Moment: Lisa Becker 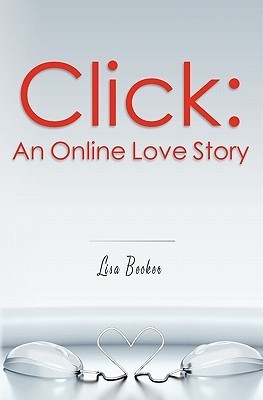 We live in an online, virtual world, which has many benefits. For one thing, it brings readers like you, who are kind enough to visit the blog and get involved in a conversation between writers and readers that enlivens my life in more ways than I can explain in an introduction.

That online world also enabled Lisa Becker to publish her first novel–and in fact, to find its subject matter.

But what I find both ironic and gratifying is that the more virtual we are, the more we seem to crave real-time, F2F interaction as well.  In just under seven months–gasp–I will be setting out on the first of many longed dreamed of live encounters on an 18,000 mile bookstore road trip.

And when you read what Lisa is going for in the next phase of her publishing career, you may conclude that alongside the wealth of opportunity we now have, there is a deep human need for another sort of connection as well. 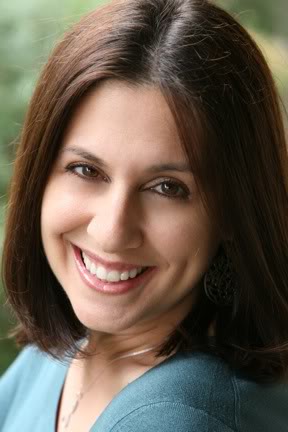 I joke that I “made it” when I saw a 5-star review of my debut novel, Click: An Online Love Story, on Amazon…and the review wasn’t written by my mom.

But the real answer is that I “made it” the minute I finished the book.  I remember writing short stories and poems as a little girl and always told myself I would write a book someday.  In the meantime, I lived my life.  I studied.  I worked.  I dated.  And finally I met my husband on a popular dating website.  After we married, I was recalling some of the hilarious experiences that I had with both traditional and online dating.  How could I forget the guy who started every story (no joke!) with “My buddies and I were out drinking one night.”   I decided to capture some of them in writing and from there, a novel emerged.   The ultimate goal was to create a fun read for anyone who has ever had a bad date, been in love, been dumped, or is searching for “the one.”

I started writing the book after we married but before we had kids.  Then I had to take a break from writing due to the rigors of motherhood.  But I made the commitment to finish the book.  I wrote in the mornings while my girls were at school or at night after they went to sleep.  I made it a goal to write – even if only for a half hour – every day.  So, it’s incredibly gratifying to see a “bucket list” item/dream come true.

Once the book was finished, I explored the traditional publishing route and got feedback from multiple literary agents. One in particular explained the current economic state of the publishing industry to me. Due to the large investment to edit, produce, distribute and market a work by an unknown author, many large publishers won’t take the risk. Self-publishing, she suggested, would be a way to get my work out there.

I’m also reminded of some advice I was once given. I had interviewed Charles Rosen, one of the producers of the original Beverly Hills 90210, for an alumni magazine article while I was in graduate school. And I’ll never forget what he told me, “Don’t fall in love with your words, because somebody above will probably change them.” One of the great benefits of self-publishing is that you can really take control of the process.

So, I went ahead and self-published the book.  To my astonishment, people started buying it…and reading it…and liking it.

Since its release, I’ve been signed by a literary agent who is working diligently to find a publisher to re-issue the book and publish the in-process sequel.  And that literary agent is not my mom.  Fingers crossed!

Lisa Becker had endured her share of hilarious and heinous cyber dates, many of which inspired Click: An Online Love Story. She is now happily married to a wonderful man she met online and lives in Manhattan Beach with him and their two daughters. So, if it happened for her, there’s hope for everyone who is looking!