Made It Moment: Timothy Hallinan 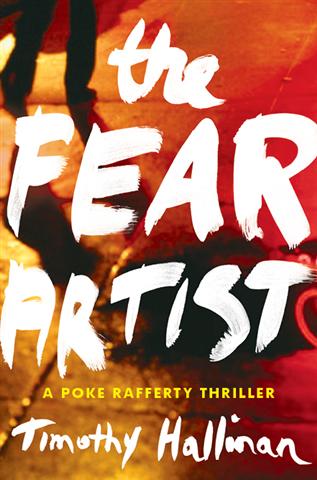 I remember exactly where I was when I posted Tim Hallinan’s first Made it Moment. Sitting in the parking lot of a Barnes & Noble in Spokane, WA at the start of our return trip east.

But there’s a darker edge to my memory, too, and it’s not related to the gritty underbelly of humanity that Tim’s fiction exposes. My memory has to do with the longing I felt as I posted Tim’s Moment. Would I ever be published? Would I ever have a moment of my own? Or a Moment?

It’s funny how life swivels. Here I sit the evening before we leave again on a cross-country odyssey. We’re about to head west, not east, and something else has flip-flopped as well.

My own publishing path. I don’t know yet if I will have a Moment, but at least I will have a book and hopefully be read. Tim is a writer who inspires with his work, and with his contact and offers of support. Tim always said I could do this, but that’s only part of why I am so glad to welcome him back to the blog with his latest (and dare I say best) Poke Rafferty book just hitting shelves and devices everywhere.

Congratulations on your release, Tim! Your readers and future readers are lucky. 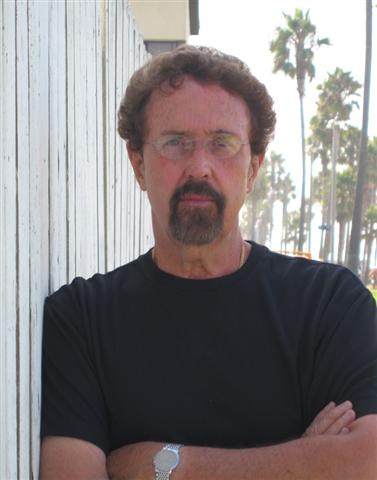 IN THROUGH THE WINDOW

It’s been almost two years since my first “made it moment,” and I still don’t feel like I’ve made it.  I haven’t sold a zillion books.  I haven’t written a book that entirely pleases me—in fact, there isn’t one that’s free of passages that make me cringe or characters who seem only half-born.

What I do feel is fortunate.  All I “have” to do in my little world, aside from the everyday demands of life and marriage, is make up stories and, once in a while, promote them.  I get to spend day after day with characters I like (most of them, anyway), following them through adventures I don’t seem to plot at all.

I’ve now “written” eighteen novels, and the process by which these things are created is more mysterious to me now than it was back in the Pleistocene, when I first sat down at a keyboard.  In fact, I understand it less.  Lately, the best simile I can think of for my writing process is that I feel like the window the book blows in through.

In the one I just finished, THE FEAR ARTIST, I started with the idea that my hero, Poke Rafferty, would be—through no fault of his own—caught up on the periphery of the War on Terror, which is being conducted with some vigor and a lot of U.S. support down south in Thailand.  I wanted him to seem completely innocent even to people who have never read any of the other books in the series, so I opened the book with him coming out of a paint store, toting cans of the colors (Apricot Cream and Urban Decay) chosen by his wife and adopted teenage daughter to brighten up their apartment.  A homely little chore with no danger in it.

I knew that he would promptly be knocked down by a running man who would subsequently be killed, and that a brief verbal exchange between the two of them would put Poke in the sights of the War on Terror with the potential to be “collateral damage,” which is a 21st-century euphemism for “dead.”

That was all I had.  Eight months and 100,000 words later, I was looking at a complex, compound story with half a dozen important characters.  It was full of intimate betrayal, unexpected loyalty, retired Cold War spies, Poke’s half-Chinese (but all-competent) 17-year-old half-sister, a hopelessly lost Thai street girl, a badly damaged child, and the scariest and most complicated villain I’ve ever written.  So where did it all come from?

It blew in through the window.

I mean, sure, it took a lot of work: I had timelines to check, details to verify, plot threads that ended nowhere, other plot threads that began out of nowhere, and flat, fat writing to liven up and lean down.  But the story itself, all those people—I don’t actually recall making all that up.  It’s the old distinction between making it up and getting it down; most of the time, I felt like I was getting it down.

There was one very clear exception.  Halfway through writing the book, the real, physical Bangkok began to flood, and it immediately struck me that the flooding, in its magnitude and imprecision, was an apt metaphor for the War on Terror.  I went back to the very beginning of the first chapter and wrote the rain in, and when Poke finally gets back to his apartment after the opening scene and sits at the window, nursing a beer, I wrote:

. . . The sky above the city is still there, although it’s been broken up into rectangles by girders like black fold lines, and he scans it for the halting, zigzag flight of bats. Bats in the city delight him—the preservation of wildness they suggest. Sees a lot of them, random tatters of black against a lowering gray sky.

To the north the sky grows even darker and the world disappears, as it has for weeks, in a shroud of rain: the worst monsoon season in sixty years, a huge blunt-force weapon a quarter of a country wide, striking wherever it pleases, filling and overfilling dams, swelling rivers, flooding entire towns, heedless of human life, human dreams, human prayers. As random, murderous, and unmalicious as a bolt of lightning.

And that—pretty much the only really conscious decision I remember making—set the tone for the rest of the book: the force arrayed against Poke as shapeless and massive, it seems to him, as the monsoon, and as impossible to fight. Virtually everything else in the book came to me as a discovery rather than as an invention, reminding me of the thing my friend Robb Royer likes to say—that writing is not so much architecture as it is archeology, that we’re not creating things so much as we’re uncovering them, and that the art is to do it so we don’t break what we uncover.

I’ve just finished editing an ebook called MAKING STORY: TWENTY-ONE WRITERS ON HOW THEY PLOT, and it was kind of reassuring to realize that nobody else really knows how it works, either; it’s a mystery to all of us, even those who meticulously outline.  (The book will be out in a month or so.)

So there’s another way in which I haven’t made it; I haven’t even begun to penetrate the mystery that’s at the heart of what we do when we tell stories.  And even though I’m obviously here under false pretenses, I’d like to thank Jenny for letting me natter on like this.  Or maybe she knows something I don’t, and I actually have made it.

Timothy Hallinan is the Edgar- and Macavity-nominated author of the Poke Rafferty Bangkok Thrillers (most recently, THE FEAR ARTIST, which Publishers Weekly called “heart-rending and unforgettable”), the Junior Bender Mysteries, and the Simeon Grist private eye series. He’s also edited two compilations of stories for ebook distribution—SHAKEN: STORIES FOR JAPAN, from which all proceeds went to Japanese tsunami relief efforts, and the upcoming MAKING STORY: TWENTY-ONE WRITERS ON HOW THEY PLOT. He lives in Santa Monica and Bangkok and he is fortunate enough to be married to Munyin Choy. After he makes it, he would like some day to edit an ebook without a colon in its title.