Made It Moment: David Williamson 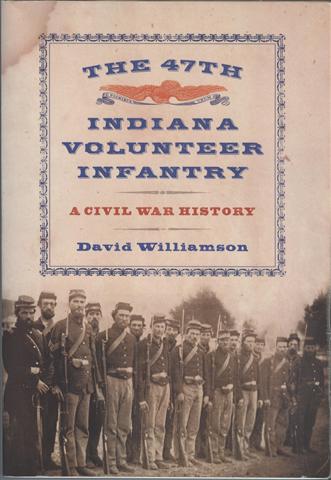 In keeping with the theme of family and legacy we have going on the blog right now, today’s guest describes how not only his ancestry, but also his wife’s, dates back to the Civil War…and what it’s like to immerse yourself as a writer in that kind of history. But David Williamson’s Moment ties into subjects we discuss here on Suspense Your Disbelief in another way, too. I think many writers will relate to the stumbling block David ran into when the story he wished to tell didn’t quite fit his publisher’s needs. The new paradigm of indie publishing gave David an outlet for his writing–and gave his forefathers’ voices. Please join me in welcoming them *all* to the blog.

David, I’d say you made it.

I would like to thank Jenny for asking me to contribute to her writers’ blog with the understanding that I accepted the offer even though I have never had a “made it” moment.  Over the years I have had a variety of “no kidding” moments though—as in, “No kidding, you want to publish my manuscript?”—and perhaps that qualifies me.

The latest two moments as a writer came when McFarland & Co., Publishers accepted my manuscript on the history of the 3rd Mississippi Battalion/45th Mississippi Infantry and the second came a number of years later when they asked me if I had another one to send them, which I did.  (Maybe a third moment came when Jenny asked me to contribute to her blog.)

When I first learned about it as a youngster, I wanted to find out as much as I could about what my maternal ancestors had done during the Civil War (my paternal ancestors were in Scotland at the time and were involved in other matters).  Gradually I picked up bits and pieces of information about my great-great grandfather, Pvt. Ferdinand Kirkbride of the 104th Ohio, and my great grandfather, Pvt. Eli E. Rose of the 47th Indiana.

Years later, while trying to write the history of the 47th Indiana, I met my future wife, Brenda, and she diverted my attention to, among other things, the history of her great-great grandfather Pvt. William B. Johnston’s unit, the 3rd Battalion/45th Mississippi Regiment, which her father had asked her to research.  I helped her to find out what unit William B. was in and began working on the 3rd Mississippi Battalion as well as on the 47th Indiana and the 104th Ohio, believing that they would result in three very different histories.  Eventually, while gathering information on the movements of the 3rd Mississippi Battalion, I noticed that at the outset of William T. Sherman’s 1864 Atlanta Campaign, their path began to converge with the 104th Ohio’s and they continued to close in on each other during John Bell Hood’s movement into Tennessee later that year, which, to our surprise, culminated in their direct confrontation at the breastworks in front of the Carter cotton gin during the Battle of Franklin, Tennessee.  With that, I put aside my other research and wrote the history of the 3rd Mississippi Battalion, including both their perspective and the perspective of their adversaries in the 104th Ohio.  McFarland accepted it and it became The Third Battalion Mississippi Infantry and the 45th Mississippi Regiment: A Civil War History.

I then turned my attention to the long delayed history of the 47th Indiana.  Much of their history is based on letters from the front written by their chaplain, Rev. Samuel Sawyer, an interesting character in his own right, as well as letters from enlisted men and from the newly emerging profession of newspaper reporter (the “Bohemian Brigade”) to a variety of  newspapers; but the bulk of my information came from some 120 letters written by their organizer and commander, then Colonel James R. Slack, to his wife, Ann, from 1862 to 1865.    Utilizing my sociologist/historian background, I focused on the social and political context of life on the home front, which, for those interested in things or events other than battles, includes the stuff thrillers are made of:  violent antiwar activity, espionage, sabotage, conspiracy, treachery, intrigue, military trials, and a precedent setting Supreme Court habeas corpus case (Ex parte Milligan), which Slack became involved in, that remains relevant in today’s so-called “war on terrorism.”  McFarland accepted the manuscript and it became The 47th Indiana Volunteer Infantry: A Civil War History.

What they did not accept were the verbatim transcriptions of all of General Slack’s letters, insisting, because of the length of the book, that I excerpt only the pertinent military-related comments he made.  That meant much of Ann’s home life, which included raising their three children, taking care of their farm, and seeing to Slack’s law office while he was away, was left out, as were most of Slack’s comments about other townspeople, Milligan excepted.  When they did not want the full letters as a second book, I decided to try my hand at self-publication; and, with the help of booknook.biz, converted them to an e-book called Slack’s War: the Civil War Letters of General James R. Slack, 47th Indiana Volunteer Infantry, to His Wife, Ann, 1862 to 1865.

Nor did they want the regimental court-martial records, which included all of the 47th Indiana’s court-martial records for both officers and enlisted men held at the National Archives.  Since there were only nine cases, I transcribed them all verbatim, wrote summaries of each, and again with the help of booknook.biz, turned them into an e-book called The Forty-seventh Indiana Volunteer Infantry Court-Martial Case Files.

David Williamson lives in Mississippi with his wife, Brenda, and their cat, Wilde Oscar.