Made It Moment: David Edgar Cournoyer 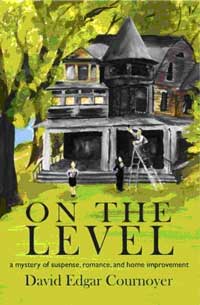 Is there a rift between traditional and self-publishing? Or are they two different, yet viable paths to the same goal–that of bringing great books to readers–each with its own set of pros and cons? If there is a rift, could it be a temporary one? Or is it more an unbridgeable chasm?

The author you’re about to meet and I may differ about the state publishing is in, and the role traditional publishers have to play, but we are in lockstep when it comes to what makes us as writers. It’s a sense of connection. Of belonging to a community of writers and to the readers we write for.

To my mind that kismet between David and me provides all the answer to the above questions we will ever need. Unbridgeable? Not even close. 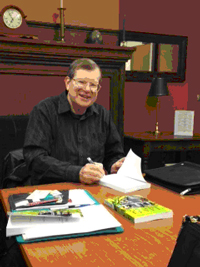 My made it moment began the day proof copies of my first novel arrived. ON THE LEVEL is my first work of fiction but not my first book. Nonetheless, my hands shook as I opened the carton containing the proofs. I knew that this was a trial run, designed to catch errors missed by me and sharp-eyed proofreaders. But holding the glossy cover and flipping the crisp pages brought back familiar feelings associated with major life events like exchanging wedding rings and holding a newborn child. Seeing my book for the first time was joyous and dream fulfilling, but also scary.

ON THE LEVEL was the result of my efforts at personal reinvention. I had left my job, determined to live life more on my own terms. One item on my to-do list was to learn how to tell a good story, a story that people would read for fun and think about after all the pages were read. Like my protagonist I’m a fanatical do-it-yourself-er, so I chose self-publishing partly to sidestep the crumbling legacy publishing system but mostly to experience all the steps in book creation.

The culmination of my made it moment came a few weeks later at a book signing event in the library, arranged by a critique group in which I participate. Surrounded by smiling and enthusiastic people, I discovered something I hadn’t expected. Somewhere along the way I’d become a member of a community of writers and readers. I belonged. It felt very good.

At nine years old David Edgar Cournoyer had his first and last job in the publishing world as a paperboy after he sold his leather crafts business to another fourth grader. Since then he has been a textile worker, plastics fabricator, independent researcher, builder, college professor and for one year was Interim Dean of the School of Social Work at a large eastern university. By training he’s an Anthropologist. By aptitude he’s a builder. Thanks to great coaches, study, and much practice, he’s also a writer.