Made It Moment III: Judy Hogan 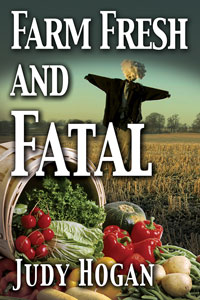 Every Made It Moment is a small moment for me. This forum has provided inspiration during my struggle to get published, friendship, and the gift of mutual of support for over four years now. Judy Hogan’s return to the blog–her first moment and second moment appeared last year–is an especially close connection. You see, once I finally reached the starting line of my own long journey, Judy was there to welcome me. Literally host me and my family in her home, then Judy came out with members of her community when I got to appear at the wonderful McIntyre’s Books. So, Judy, welcome back to the blog. My virtual arms are extended to greet your success. 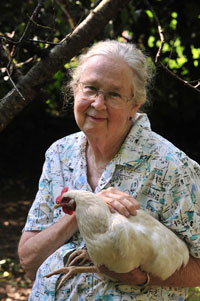 CAROLYN HART TO THE RESCUE

In late 2011, learning that Killer Frost, my first mystery novel, would be published was my first big thrill. Then, when readers wrote to me how much they liked it, I felt that closure writers long for: people read and liked my book. People who hardly know me like it. Jenny allowed me two “Made It Moment” blogs for book one.

The highlight of the pre-publication period for the second book, Farm Fresh and Fatal, was receiving Carolyn Hart’s enthusiastic cover blurb. I had two quotes I was happy with, but I’d had trouble finding a third one, so I’d finally decided not to worry about it.

Then I went to the Malice Domestic Mystery Convention, an annual trek for me now. Carolyn Hart was being honored for her lifetime contributions to the mystery community with the new Amelia Award, and during her interview she commented: “Write what works for you and reflects you. Don’t write to a trend. Write what you want to write.” I very much agreed with her, and I had, in fact, been helped when I was in my twenties by reading similar wisdom in Virginia Woolf’s A Room of One’s Own:

So long as you write what you wish to write, that is all that matters; and whether it matters for ages or only for hours, nobody can say. But to sacrifice a hair of the head of your vision, a shade of its colour, in deference to some professor with a measuring-rod up his sleeve, is the most abject treachery, and the sacrifice of wealth and chastity which used to be said to be the greatest of human disasters, a mere flea-bite in comparison.

I wrote up the Malice Convention for the Sisters in Crime Guppy newsletter, First Draft, and quoted Carolyn on this wisdom. When I sent it to my editor, I sent Carolyn an email alert about using her quote and about its also being on my blog for May 12, 2013. To my surprise she wrote back that she liked my Malice report and wanted to link to my blog from her website. That was an honor. It turned out that we’d both taken our BAs from the University of Oklahoma, she in Journalism (1958) and me in Letters, i.e., Literature, History, Philosophy, and Foreign Languages (1959). We’d never met until Malice, and we still haven’t spoken to each other in person. I began hunting up and enjoying her books, and she bought Killer Frost, read and liked it. I had one book out, and she had fifty. When you’re at the very beginning of being a published mystery author, it was quite a lift already to have the interest of someone who has been publishing for many years.

I’d already sent all the book information to Mainly Murder Press for my October 1 release, but I thought about how supportive Carolyn had already been, and how I’d seen her name and enthusiasm on the backs of other mysteries I’d read. Would it be too much to ask her for a blurb in late May? I decided, given everything else, that she probably wouldn’t mind, so I asked, and she said yes. I mailed her the manuscript, and within a week, she sent me the quote:

Farm Fresh and Fatal features an appealing protagonist, an intriguing background, and well-realized characters. Readers will enjoy these characters and empathize with their successes and failures. In the tradition of Margaret Maron.

How that boosted my spirits. She also urged me to use again Julia Spencer-Fleming’s blurb from Killer Frost, which I had already decided to do. “A charming puzzler of a traditional mystery, this classic academic mystery debut is a pageturner populated with layered, interesting characters. My hat is off to Judy Hogan on a stellar debut. I look forward to the further adventures of Professor Penny Weaver at St. Francis college!”

Having someone farther up the ladder in the mystery world recommend my book was such a gift, a third “made it moment.” Thank you, Jenny.

Judy Hogan was born in Kansas and has lived in North Carolina and in the Triangle area for 42 years. She brought to the state a new poetry journal (Hyperion, 1970-81) and in 1976 she founded Carolina Wren Press. She has been active in the area since then as a reviewer, book distributor, publisher, teacher, writing consultant, and organizer of conferences, readings, and book signing events. In 2009 she helped found a new Creative Writing Program at Central Carolina Community College in Pittsboro.

Her first mystery , Killer Frost, a Malice Domestic contest novel finalist, was published by Mainly Murder Press in 2012. Farm Fresh and Fatal is out in 2013. She has published poetry with small presses and two prose works, Watering the Roots in a Democracy (1989) and The PMZ Poor Woman’s Cookbook (2000). Between 1990 and 2007 Judy taught American literature at Kostroma University and worked on cooperative publishing with Kostroma writers and exhibits of their artists.

She’s active in environmental and community issues in Chatham County.  She also teaches Backyard Chicken workshops through CCCC in Sanford and Lillington. Judy lives and farms in Moncure, N.C., near Jordan Lake.