Made It Moment: L.A. Starks 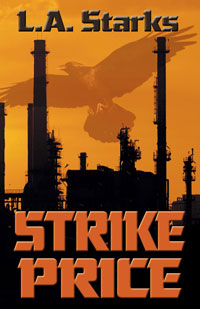 It’s difficult for writers to say what–or who–inspires them, but for L.A. Starks the trajectory was clear. Even as she mourned the loss of one of the closest people in her life, she was steeped in the inspiration this person provided. When another loss followed hard on the heels of the first, the idea of getting up again must have seemed that much harder. But L.A. did just that, resulting in the release of her latest thriller. Maybe that’s the truest Moment of all: getting up again when you have to, and letting the writing carry you away. 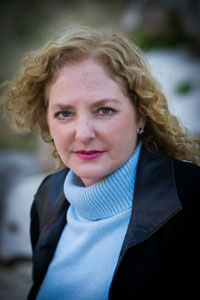 I have celebrated the publication of two books and three short stories in various ways; however, for my most recent Made It Moment I nod my head to three women.

I want to recognize my younger sister, Linda Lewis, who passed away in September 2010. Some years ago while living in Malaysia, she read a draft of my first book, 13 DAYS: THE PYTHAGORAS CONSPIRACY. When I received her comments it was a welcome jolt to realize the book and its characters now existed apart from me, like the adult Athena bursting from Zeus’ head ready for battle.

I was writing the second book, STRIKE PRICE, when my sister was diagnosed with stage IV cancer. The disease had already spread and would be terminal. My motivation drained away, replaced by the need to spend time with my sister for what remained of her life.
After her death in 2010, it was difficult to resume writing. I pushed through completion precisely because I’d promised myself STRIKE PRICE was my sister’s book. Indeed, in 13 DAYS, there was one character she told me deserved a different fate. I took that into account when I wrote STRIKE PRICE.

Here’s when the second and third women enter. While my sister was still alive, Lisa Smith of L&L Dreamspell approved one of my short stories for inclusion in the DREAMSPELL NIGHTMARES anthology, and later, approved 13 DAYS for an e-book edition. In the midst of grief over my sister, the publication of those two was a moment not of wild joy, but of quiet consolation that a respected editor liked my work and found it commercial.

I had already learned about L&L Dreamspell’s approach to publishing—their company was one of the first to successfully publish e-books—through the work of the “second L,” Linda Houle. With Lisa at the editorial helm, Linda was the business visionary who saw books through to completion, designed covers, and got them launched with vendors such as Amazon, Barnes & Noble, Overdrive, and Kobo.

In early 2012, I got the good news about L&L Dreamspell’s acceptance of STRIKE PRICE from Lisa Smith and it went into the publishing queue. Then later that year we, the two hundred-strong Dreamspell author group, got the bad news about Linda Houle’s cancer diagnosis. Yet we knew Linda was undergoing chemotherapy and that she expected to recover. She continued working and Lisa took on additional responsibility, with every hope the Dream Team would soon be over this bump.

In the spring of 2013, we learned Linda’s cancer had unfortunately returned. She hoped to once again beat it with the help of chemotherapy. STRIKE PRICE was edited. Lisa and I handled tricky Cherokee syllabary font formatting issues with the expertise of a technical specialist at the Cherokee Nation. Despite her rough days, Linda Houle persevered in designing the cover and issuing STRIKE PRICE in both e-book and print editions. She remained cheerful and hard-working.

It was with immense sadness in July that the Dreamspell author group found out from Lisa that Linda Houle’s cancer had spread to her brain. Linda, the second Linda for me, passed away within days.

My Made It Moment, the publication of STRIKE PRICE, serves as tribute to the vision of Linda Lewis, Lisa Smith, and Linda Houle.

L. A. Starks was born in Boston, Massachusetts, grew up in northern Oklahoma, and now lives in Texas. Working more than a decade for well-known energy companies in engineering, marketing, and finance prepared Starks to write global energy thrillers. In addition to her two Lynn Dayton books, 13 DAYS: THE PYTHAGORAS CONSPIRACY and STRIKE PRICE, two of Starks’ short stories have been published by Amazon Shorts. Her nonfiction has appeared in Mystery Readers Journal, The Dallas Morning News, The Houston Chronicle, The San Antonio Express-News, and other publications.