Made It Moment: Nancy Cole Silverman 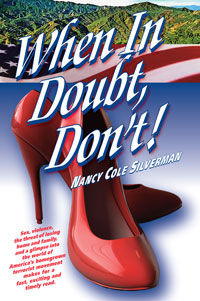 When Nancy Cole Silverman contacted me and said that she had a story to tell, I settled back to hear how she had finally found an agent, decided to self-publish, saw her book on bookstore shelves, or something along those lines. Instead, Nancy told me that she’d faced down a group of extremists who had stolen her home, and might have taken her life. This put making it on a whole other level.

Nancy’s true life story has enough thrills and chills that I offer it as my Halloween gift to you. I am so glad Nancy got in touch, because she made me realize that sometimes we have to do more even than dig deep and pursue a dream. Sometimes we have to take a very bad wrong, and find the courage to make it right. 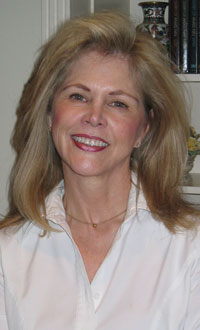 I realized I’d made it when I was asked to be a federal witness against a group of rightwing extremists that tried to steal my house out from under me. That may seem like an awkward moment for an author to come to grips with the idea that she’s made it, but for me it spelled the end of a nightmare and the beginning of a book.

When in Doubt, Don’t! took fifteen years to write. Not that I worked on it consciously. But in the back of my mind I knew I had a story to tell. I just wasn’t quite certain how to tell it, or even what I could share, for that matter.

Some may call it writers’ block or just plain stuck, but I needed time between me and the events that transpired back in 1996. Then finally it hit me. The theme of my book wasn’t the obvious story line. I wasn’t simply going to write about how I was a single mom and hoodwinked into allowing a group of rightwing extremists to move into my home. Nor how they had booby-trapped it with guns and ammo and threatened to financially overthrow the government, not to mention me. That in-and-of-itself had all the makings of a movie of the week, and I could and did write it as a piece of fiction, names and places changed, including my own.

But that wasn’t all I wanted to share. Over the years as I thought about writing this book I considered making it a memoir or an in-depth news story. I’d worked in enough radio newsrooms in Los Angeles to know the drill. In the end the media was actually my sword and salvation: I used it to keep my story front and center and in the news every day until the FBI and Federal Marshalls were understandably sick of me. But when the story was picked up by the Washington Post and nightly news, it was all worth it. Fourteen long months later, I found myself in a federal courtroom and I realized I had made it. I had stared into the eyes of anarchists and won. I had my house back.

But the real theme of this book, the story within the story, wasn’t just a fast paced suspense novel. It was that no matter what happens in life, no matter how terrible it may seem at the moment, it’s what we make of the events that hit us that matters.

Nancy Cole Silverman enjoyed a long and successful career in radio before turning to print journalism and later to fiction.

Nancy was one of the first female on-air television reporters in her hometown of Phoenix, AZ. After moving to Los Angeles in the late 1970’s she turned to the business side of broadcasting, becoming one of the top advertising sales executives in the market. After stints at KNX, KFWB, KABC and KXTA radio, she was appointed General Manager at KMPC, making her one of only two female managers in America’s second-largest radio market.

But in her heart of hearts, Nancy thought first of herself as a writer. Today Nancy is a full-time author. Her newest book, When in Doubt, Don’t! has just been released as an ebook and in paperback. Her first novel, The Centaur’s Promise, was published in 2010 by Eloquent Books, and three of her short novels, A Much Married Woman, The Salvationist and The Blood Drive, have been released as audio books by Mind Wings Audio. Nancy lives in Los Angeles with her husband, Bruce Silverman.