Made It Moment: Andra Watkins 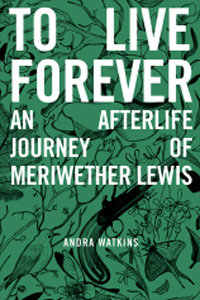 I’m willing to go out on a limb and say that Andra Watkins had her Moment in a place no one else ever has. She also gets the crown for strangest-place-to-hold-a-signing. Through it all, Andra’s prose tells us something about how a story can reach readers, one at a time. And maybe even something about why we write at all. 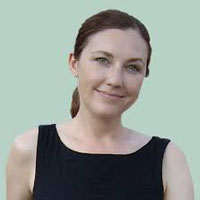 The Natchez Trace. Northwestern Alabama. I forced my bloody feet to carry me through Tasmanian-devil-like dustbowls. When I licked my lips, I tasted grit from the dawn of the universe. For the twentieth time, I dragged my body from whence the wind battered it, back to the grassy shoulder.

And I kept walking. I still had five miles to cover in my 26th consecutive fifteen-mile day.

A minivan swerved toward me. A victim of the whimsy of the wind. Like me.

Or so I thought.

Until it stopped, plowed through the shoulder and skidded to a halt two feet from me.

The window scrolled from tinted to open in slow motion, while I leaned into the gale and waited to see whether the inhabitants of the minivan were friend or foe.

I waited to stare down the muzzle of a gun. Instead, I greeted a different weapon. A green book. White letters. My name.

Will you sign our copy of your book? We’re descendants of William Clark, and we believe Meriwether Lewis was murdered, and we came all the way out here in this windstorm to get your autograph, because we heard you were out here walking the Trace.

My Made It Moment blew in on the coattails of a windstorm, the instant after I wondered whether I could go on. Because sometimes, Life has a perverse sense of humor. It goes out of its way to buffet and batter our dreams, only to show us why they matter.

Andra Watkins is the first living person to walk the 444-mile Natchez Trace as the pioneers did prior to the rise of steam power in the 1820’s. From March 1, 2014 to April 3, 2014, she walked fifteen miles a day. Six days a week. One rest day per week. She spent each night in the modern-day equivalent of stands, places much like Grinder’s Stand, where Meriwether Lewis died from two gunshot wounds on October 11, 1809. In addition to celebrating the release of To Live Forever: An Afterlife Journey of Meriwether Lewis, the walk inspired her upcoming memoir of the adventure, Not Without My Father, coming in Fall 2014. Andra lives in Charleston, South Carolina with her husband.