Made It Moment: Wendy Tyson 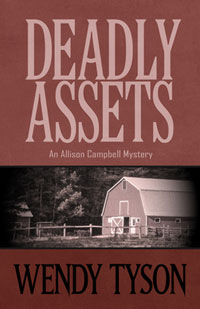 I can’t imagine a writer out there who won’t relate to Wendy Tyson’s Made It Moment. Readers, too. For that matter…humans.

Who doesn’t understand what a hair-raising drive, family antsy, through the snow is like when you’re late? The work/life tightrope, our best attempts not seeming good enough, then finally realizing the reason we’re doing all of this…In other words, life. Wendy’s Moment is a mini novel, with a triumphant arc, on its own. And her debut novel, named one of 10 Best Mysteries of 2014 for Book Clubs, is well worth checking out as well. 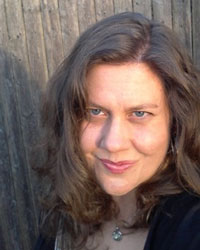 My “Made It Moment” happened on a dreary February night in New Jersey.  It was a Friday, and I had a panel signing scheduled at a North Jersey bookstore that evening.  I’d rushed home from the day job, grabbed two of my boys (ten-years-old twins) and my husband, and we all set off for Sparta.  I thought I’d left enough travel time.  I was wrong.  The sky was overcast, and while it wasn’t snowing (like almost every other night last winter), Mother Nature provided a steady, icy drizzle—just enough rain to make driving in the congested northeast a treat.  What should have been a two-hour trip took nearly four hours.

Somewhere along I-15, with traffic at a standstill and police and ambulance lights flashing in the distance, I called the bookstore in a panic.  “I’m still coming,” I said, and apologized profusely.  They were gracious.  I know things happen, but I was a fledgling author and the last thing I wanted to do was make a bad first impression on a bookstore owner.  Nevertheless, we could only be Zen about the situation.  So with two antsy boys in the back and an annoyed husband next to me, I waited.

We finally arrived at the bookstore about forty minutes after the panel had started signing.  The events coordinator showed me to my spot between two other (much more local) authors.  I noticed a lone woman standing in front of the table, a copy of KILLER IMAGE in her hand.  “She waited for you,” the coordinator whispered.  “She’s been here the whole time.”  Indeed, as soon as I sat, the woman put the book in front of me.  I signed it and a few minutes later, she left.

Every day since getting the news that Henery Press wanted to buy the Campbell series has been a Made It Moment of sorts.  I’ve had the opportunity to speak at conferences and festivals, do a theater talkback alongside a famous cast for the play DEATHTRAP, and meet established authors.  I feel very blessed.  But that moment in Sparta, New Jersey, when one reader waited for me was the most memorable.  Like many authors, perhaps, I write in part to connect with people.  It’s a way to share this human condition.  I’m grateful to that woman—to all my readers—for providing the chance to connect and for the reminder that writing is about so much more than sales figures.

Wendy Tyson is a corporate lawyer and former therapist whose background has inspired her mysteries and thrillers. She’s the author of three crime novels. Her latest, DEADLY ASSETS, the second Allison Campbell mystery, was released on July 22. The first Campbell novel, KILLER IMAGE, was named by Examiner.com as one of the ten best mysteries for book clubs in 2014. Wendy lives near Philadelphia with her husband, three sons and two muses, dogs Molly and Driggs.