Made It Moment: Brandon Daily 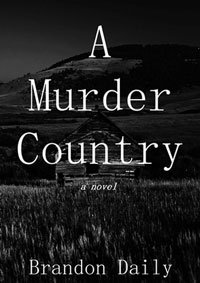 Ack!! We’ve all been here on this writing road, right…? In a position of frustration and uncertainty? The release date of Brandon’s hardcover has been postponed. He will share with us going forward how this leg of his journey goes as he waits for the release. In this age of tumult in publishing, I think we all understand the vagaries of this industry. Or we don’t understand them–but we understand that lack of understanding. What I can promise you is that Brandon’s ongoing story will probably turn out to have more to offer emerging writers out there, while established authors can nod and reflect with him, than if it’d been perfectly smooth. While everyone can also discover a great book the moment it’s available! Good luck, Brandon. Suspense Your Disbelief is rooting for you.

There’s little more exciting than a release day, and I am so happy to help Brandon Daily celebrate his right here on the blog. Especially because Brandon’s Moment has to do with the same links to the past that his debut novel does. What inspires us to sit down and craft a tale? What keeps us sitting before a computer, hour after hour alone, with the end uncertain at best? Brandon remembers the moment the writing bug bit him, and it led in winding, wandering ways to his Moment today. 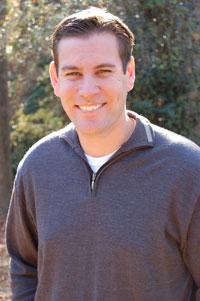 When I was young, maybe eleven or twelve, I was riding home in the backseat of my parents’ car. We were coming home from a camping trip in the Sierra Nevada Mountains. My nose was close to the window and I remember staring out at the darkening sky, looking out to the silhouette of hills and trees. In my mind, I could see a lonely man out there making a campfire—in the light of the fire, he was burying a body. That fictional man was so real to me—I felt I could actually see him, that I knew him somehow. Until then, stories were what other people made up. Not me. But that vision kept playing itself again and again in my mind, and I always wanted to find out who he really was.

I kept that character stored away in my mind, a secret. But it wasn’t until college that I started creatively writing. The more I wrote, the more comfortable I felt with narrative structure, and I began playing around with different forms, different genres. When my first story was accepted for publication in a literary journal, I remember the excitement, the pride . . . and the fear—other people would read my thoughts, know my mind—judge me. But it was such an amazing feeling, and I kept writing and kept submitting my work.

After more of my short stories were accepted for publication, I looked back on the beginnings of a novel I had started years before; it was a story about three men within the Appalachian wilderness, violent men forced to confront themselves and their beliefs. One of the characters in that novel, The Rider, was patterned off the man I’d seen all those years ago in my mind. It had been a big idea, complex and deep—one that had scared me off. But there was something personal there, and I felt like I needed to finish it, not for others, not to be published; instead, I did it for me. I needed to release that shadow man out into the world.

Now, looking over the final edited copy of the book (A Murder Country), which is set to release September 9, I stop and read a paragraph, then another. I am so proud of the story; it is the amalgamation of all my thoughts and dreams and work. I look at The Rider in the book and see in him that shadow man from years ago, but now he is full and he is flesh: the product of my imagination from when I was that young boy driving in a car with his parents, imaging the world in a strange and new way.

Brandon Daily was born and raised in southern California. In 2012, he and his wife moved to central Georgia, where he now teaches high school English and Literature. He holds an M.A. in American Literature and has worked as an adjunct professor and freelance editor.

Brandon’s short fiction has been published in several online and print magazines, and his one act play “South of Salvation” was performed and won first prize in the CAST Players One Act Play Festival in 2012.

A Murder Country (Knox Robinson, 2014) is his first novel, and tells the story of three violent men living in the late nineteenth century; each man is seeking an understanding of his life and his place within the larger realm of the world. The novel is inspired by Brandon’s fascination with the tension between nature and man as well as the power and fragility of belief and conviction within humans.

Brandon is currently working on his second novel and several more short stories.