Made It Moment: Joe Chiba 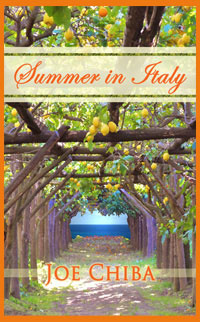 It’s been a while since we’ve had a love story on the blog, and this is an unusual sort of one. In this age of genealogical research, and long lost relatives being found, author Joe Chiba weaves a family love story, of falling in love with one’s heritage and homeland. But his Made It Moment expands even beyond that…all the way to the world wide web, where Joe realized just how large the tapestry he is now part of as a writer can be. 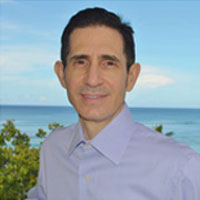 I began my journey on the road to becoming an author in 2008, when something wonderful happened that changed everything for me as a writer. But to understand it all, we need to go back to 1976. It was the summer, and thirteen-year-old, twin Italian cousins, John Mastrogiulio and Joseph Mastrogiulio, made their first visit to my family’s home in Queens, New York. Before that blistering July day, I had never heard of them. The next day, they were gone, back to Italy, and out of our lives forever. Or so we had thought.. The truth was, the brothers did not return to Italy, but remained in Brooklyn, New York, secretly hidden from us for reasons unclear even to this day. But that did not stop Destiny from allowing us to find each other once again. It was thirty-two years later, in 2008, that Cousin John located my family in Queens. This was approximately one year after my father’s death, when John had found a forgotten letter written to him and his brother many years earlier by my father. The family reunion that followed sounded a chord in me, the writer in me, and it was enough to get me going on an idea for a story. I wrote the factual bits of the reunion with my cousins in a letter to a good friend of mine in California. That friend suggested I turn the story into a book, and I agreed. But much more had to be done before that could happen.

I had to travel to Italy. Being reunited with my Italian cousins motivated me to do just that, and to embrace my Italian heritage. I fell in love with Italy during my first visit in the spring of 2009. And I began a writer’s journey, eating and drinking and writing my way through the country, writing about everything and anything that I was absorbing, about this rich and wonderful culture I had been missing out on for so many years. I knew I had to write and publish my story after seeing Italy with my own eyes, hearing it with my own ears, and tasting it with my own lips. I turned the true-to-life reunion and my experience in Italy into a fictional story about a man in search of a long-lost cousin, whom he believes is in Italy. That is how Summer in Italy was born.

And although I knew the story needed to be published for readers to share in my joy, it still took about five years before I saw the dream turn into a reality. In the months of putting the book together with Oak Tree Press, I worried about this and worried about that. Probably not unlike many other writers being published for the first time. I knew it was happening, that I would soon see my book’s cover, with the animated version of that lemon tree tunnel my wife and I marveled at in a garden in Sorrento, Italy. Now it was on the internet where others would see it, too. And yet, still I did not realize the impact it was having on me. Not until my wife and I sat down in front of the computer screen, went to our Amazon.com account, and ordered Summer in Italy along with an Andrea Bocelli CD.

Andrea Bocelli! Doesn’t everyone in the world know him? My silly, little book of an adventure romance about Destiny was for sale in the same venue where millions of people shop for Andrea Bocelli’s music. Me and Andrea Bocelli! How could this be? That’s when it hit me. That was my moment. I immediately realized that my silly, little book wasn’t all that silly after all. It was something, a real something out there for the world to see. And if I could be in the same circle as Andrea Bocelli (well, not exactly in his circle, but you know what I mean), then I had made it! I didn’t care if my book would sell one copy (the one to me and my wife) or a million copies. I never cared. I wrote my book from my heart, because I believed it was a story that needed to be told. And now it was out there. I had made it into a moment. Maybe a small one, to get crazy excited about my book being on Amazon.com along with music from super celebrities like Andrea Bocelli. But it was still a moment. And when the package from Amazon arrived and my wife opened it, a feeling of utter elation swept over me. I saw my book sitting on top of that Andrea Bocelli CD. I am no super celebrity, but my book is out there. And that’s all that counts.

Joe Chiba was born in Queens, New York, into a large and loving Italian family. He spent his youth playing stickball in the street and soprano horn in his neighborhood drum & bugle corps. After Joe received a B.A. from Albright College in Pennsylvania, he moved to Japan to teach English and explore the exotic Orient. Summer in Italy is Joe’s first novel, which has won the 2013 Oak Tree Press Romance/Timeless Love Award. Joe lives in Honolulu with his Japanese wife, Sakura.