Made It Moment: Diane Cameron 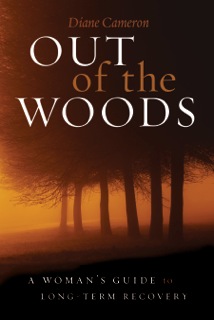 This Saturday at 1pm, Diane Cameron and I will join another former Moment-er, Sandy Hutchison, at the public library in Troy, NY. We’ll be talking about three different approaches to publishing today, and after reading Diane’s Moment, I have to say that I am even more excited for our conversation. I mean, Diane actually has a sentence in her Moment that opened every single one of my college essays! (“I started writing before I could write.”) If that’s not a sign of a kindred spirit, I don’t know what is. But even if you never penned that particular cluster of words, I think you’ll all feel a certain kinship with Diane as she writes about the struggle every writer faces when beginning to own this passionate pursuit. What makes us writers? When do we become such a precious beast? And how, in the end, do the words mark us–and we them?

Writing all those years. Like being locked in a dark room. Keeping my writing a secret until I sobbed for an hour in a therapist’s office, “I want to write. I want to write, and I think I can do it.” Snot running down my face, crying so hard I was choking. The secret was out. I dared to think I could write.

In fact, I had been writing for years. Many years. I started writing before I could write. I wrote a fake newspaper in fake cursive script when I was five. My parents read three newspapers a day; I knew what was important: words on paper. And then little poems and longer poems, a novel that made no sense and had no plot. In the Sixth grade a play that was performed.

But I couldn’t call myself a writer.

Years later the therapist told me that she had no idea whether I could write or not. She suspected not, but she figured she had to get me past this sobbing fantasy so we could get on to what ever was inside of me. So she said, “So why don’t you write a little piece for the local newspaper? What do you feel strongly about?”

At that time I was being torn apart by my experience as a stepmother, and it was early May, so I wrote about the pain of step mothering and I sent it to the local paper for Mother’s Day.

Two days later the OP-ED editor called me. He spoke to me as if this was no big deal. “I’d like to use your piece about being a step-mother. We can pay $50.00. Would that be OK?”

Somehow I channeled this other self, and calmly said, “Oh yes, that is fine.”
And the editor said, “Great, and send me any other pieces, any time.”

And then I laid on the floor and cried so hard my husband thought that someone had died.

Diane Cameron is a writer, speaker, teacher, development consultant and advocate for family caregivers. She has a long career as a newspaper columnist and writing teacher. Diane’s columns are published in the Albany Times Union, Chicago Tribune, Baltimore Sun, San Francisco Chronicle, PIttsburgh Post-Gazette and many more. A selection of the most popular pieces are collected in the book, Looking for Signs. Diane is also the author of Out of the Woods–A Woman’s Guide to Long-term Recovery, and Never Leave Your Dead–War, Trauma and Family.