Made It Moment: Alex Dolan 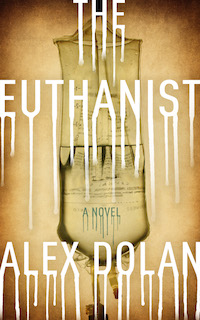 Some of you already know that I have accepted a Board position for International Thriller Writers–it’s one of the cooler things that’s happened to me since becoming a published author. And one of the cooler parts about that cool thing is getting to meet and support the new authors joining our organization. When you combine that with a Made It Moment, you get, well, a really good feeling. Of things coming together, and also of how this writing life is a circle. So long as we all link hands and support each other, we will stand strong. Come be a part of the circle as you read Alex Dolan’s Moment. He’s a writer who really did everything right…and deserves to be living in the Moment. Plus…his book looks creepy as heck and I can’t wait to pick up a copy on the road. 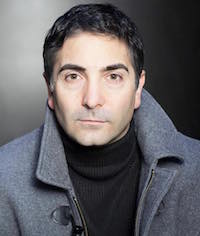 I wish I had a “made it moment” plucked from Kanye West’s diary, something along the lines of: as soon as my frozen cocktail dispenser started humming, I knew I could call myself an author.

The truth is that it’s been a long process.

Before The Euthanist was sold, I’d hit a wall. Over the previous three years, I wrote two novels that were lucky enough to land agency deals, but despite their best efforts, the agencies couldn’t sell either book (for the record, I blame the quality of the writing, and not the quality of my agents). Both of my agents decided to leave the business for different reasons, and that left me without representation, or a viable project. Creatively, I hit a low, with many ideas squirreling around in my head without a clear understanding of what I needed to become a published novelist.

Both my former agent Jessica and novelist friend Renée suspected that my frustration meant I was close to a breakthrough. So I kept scribbling in my ideas notebook for an interesting premise. One of the ones that didn’t make it: “A man dies at a candy factory. Becomes man-dy.”

I’d just experienced seeing a loved one on life support, and I started thinking about the euthanasia movement. As I researched physician-assisted suicide and the right-to-die movement, I thought about who would do this kind of work. And I embellished a lot. My central character ended up being a combination of an outlaw and a caregiver. Once she was sufficiently weird enough for me to find her interesting, the title came to me.

I poked my head out of the bedroom at one in the morning. My wife was reading on the living room sofa.

“The Euthanist. Right?” I asked, providing no context to this statement.

That was probably my first “made it moment” for this book, because at that moment, I felt like I had something viable. When I pitched the concept to Jessica and Renée, they both told me to drop everything and focus on this story.

To make sure I did it right, I tried to fix the holes in my own writing, the things that had gotten me agency deals but not publishing deals. I studied various curricula of MFA programs, and pieced together my own reading list to fortify the problem areas in my writing. Two books that have been indispensible for me were Story, by Robert McKee, and The Writer’s Journey, by Christopher Vogler. I’m happy to share a fuller list with anyone who asks.

I spent a lot more time than usual sketching out all of my characters, getting to know them before ever attempting a first draft. I also bumped up the amount of research I did, which was both fun and helpful. I knew I needed a real mentor in the form of a good editor, and after scouring the web for people who would be a good fit, I found Jennifer Skutelsky, who gave me the professorial feedback that I needed.

So, my second “made it moment” was more a general awareness that, after all this work, I was starting to understand how to put a novel together. For me, it was a systemic approach to improve my sense of story, my characters, and my writing voice. It was finding mentors and the right sort of peers to give me feedback on the work. When it was all done, I had the sense that I’d completed a project that might be taken seriously by publishers.

All that being said, once I have my platinum toilet installed, I’ll write a follow-up post.

Alex Dolan was raised in Boston, lived in New York City, and currently resides in the San Francisco Bay Area. In addition to writing for several publications, he has recorded four music albums. The Euthanist is his first novel.