Everyone asks what the colors mean, but they're just there so you can tell the different routes apart. Without that it looks like spaghetti. That's what happens when you go on a four month book tour.

Author Round Table and Signing

With Julia Spencer-Fleming and Charles Salzberg.

A panel discussion with Michael Sears about writing mysteries.

By invitation only, but please send me an email if you'd like to attend.

Bernardsville Library, hosted by The Bookworm

Food, drinks, books, and fun to celebrate the release of Ruin Falls! This is also a joint launch party with MJ Rose, whose book The Collector of Dying Breaths has also just been released.

I'll be giving a talk to the college and high school students about the importance of finding your passion and sticking to a dream.

Return to Writing Matters: Two Authors, Two Releases, & Life at a Major Publisher in 2014. With author Carla Buckley, author of The Deepest Secret.

Taking It On the Road: Two authors leave Facebook and Twitter behind to travel together to meet their readers and their dream. With author Carla Buckley, author of The Deepest Secret.

A panel discussion on the topic "Literary vs. Genre Fiction: Real Distinction or No Difference At All?" with authors Carla Buckley, Therese Walsh, and Kelly Braffet. A conversation that examines many of our biases and assumptions about literature. Namely, is there any such thing? Or are all books created equal? Audience participation will be encouraged, so be sure to come armed with questions and thoughts to discuss.

Breakfast with the author

After 7 months on the road on tour with my debut novel, I've landed in a my new hometown of Phoenicia. Come celebrate the release of my second book and have breakfast with me and Carla Buckley, author of The Deepest Secret.

Taking It On the Road: Two authors leave Facebook and Twitter behind to  travel together to meet their readers and their dream. With Carla Buckley, author of The Deepest Secret.

Taking It On the Road: Two authors leave Facebook and Twitter behind to  travel together to meet their readers and their dream.  With Carla Buckley, author of The Deepest Secret.

Come have lunch with me and author Carla Buckley, author of the genre-expanding literary thriller, The Deepest Secret, at one of Connecticut’s great bookstores.

Writing Is not Enough: Carla Buckley, author of the genre-expanding literary thriller, The Deepest Secret, and I get together at one of Connecticut’s great bookstores to discuss our latest novels and what it takes to make it in this business.

Being nominated for the Mary Higgins Clark award was about the biggest thrill outside of writing a thriller! The winner is announced tonight.

As if books weren’t enough, Moonstone Mystery throws a truly lovely dessert buffet. Come join me for a discussion of thrills with treats to boot.

Snowblind: When Winter Closes In

The moderator will be Kathryn Johnson and the other panelists are Annette Dashofy, Sara J. Henry, and James M. Jackson.  Apparently, we all write about snow, because the premise of the panel is this:

As we're all suffering through the worst winter in a long time, the backdrop of your books -- snow, snow, and more snow -- seems especially on point. Why did you decide to use winter conditions as such an important part of your book? What role does the winter play? In addition to affecting the plot, winter conditions can affect your character's disposition and the mood of the book, including the feeling of claustrophobia. What choices did you make regarding the impact of ice, snow, and bitter temperatures and why? This panel will address issues such as these.

The topic is "Challenges and Changes in Writing and Publishing Fiction Today." Moderated by author and former Washington Post movie critic Rita Kempley, and with authors Alma Katsu, and Steve Piacente.

A year ago I spoke here about what it was like to finally get published after a thirteen year struggle. Then we spent 35,000 miles and 7 months on the road. Come join me for a discussion about what life on book tour with your family is like, and how to just possibly make a dream come true.

An event with Fountain Bookstore and The Women's Club of Richmond, with Carla Buckley, author of the The Deepest Secret.

An literary evening at a wonderful branch of B and N.

Ladies' Night Out with Carla Buckley and Me

A literary evening with wine. Sponsored by Lake Forest Bookstore, but held at the wine market so we can imbibe!

I'll be speaking about about my very long road to publication.

A panel discussion on the topic of "Two Roads to Publication...& How to Find the One That's Right For You". With author Peg Brantley.

Off the Beaten Path Bookstore

Now and Then: A panel on mystery writing with author Donna Fletcher Crow.

I'm giving a talk to middle schoolers about this writing life.

Seattle in 30 Days: The "Over the Falls" tour was planned so that I could reach the west coast in a month. Thank you, Washington, Oregon, & California readers and booksellers. It's worth crossing the Rockies for you, and then some!

This will be an author panel with local writer Lauren Sweet. The topic is: A Road Diverged in a Wood: Two Writers, Two Choices, Two Very Different Careers

The topic is Elements of Surprise, with authors Dennis Palumbo and Naomi Hirahara, and hosted by Barbara DeMarco-Barrett.

Come help celebrate the launch of Robert Rotstein’s new thriller and hear us trade stories about writing and releasing a book once you’ve gotten past your debut!


Reed Farrel Coleman is joining me to celebrate the 25th anniversary of this wonderful bookstore.

Murder By The Book

So excited to see the Alabama Gulf Coast for the first time, and to visit this lovely book store, about which I've heard so many great things. Plus, we're marrying books and food, two of my favorite things!

Murder On the Beach Bookstore

Mystery author Judy Hogan is hosting a potluck summer supper for local writers. If you're in the area and like potluck as much as I do, drop me a line and come to dinner!

I'm pleased to be an honorary NC Triangle Sisters in Crime member for the day so I can go to the local meeting while I'm visiting this lovely part of the country.


We'll be having a breakfast of coffee and pastry (!) and talking about crime fiction.

Looking forward to another great event with my friend author Rick Murcer, and local author Robin Devereaux-Nelson. Last year Rick filled the house, and his wife brought my son a birthday cake!

With Lori Rader-Day, author of the mystery The Black Hour.

With Lori Rader-Day, author of the mystery The Black Hour.

Once Upon A Crime

The Booksellers at Laurelwood

Books are a conversation between reader and writer, and the best of them take us away to another place for a while, even transform some aspect of our lives. What lends them the ability to cast such a spell? How do the writers who spend their lives in made up worlds create alternate realities? Join the discussion and go home with some gifts and giveaways! Whether you are a writer, a reader, or both, your support of Malaprop’s will give you a chance to win a book club basket, a writer’s coaching session, a query or chapter critique, and other goodies.

A joint event with my dear friend, author Carla Buckley.

Brown Bag Lunch with the Author

The topic is "Brave New World: Publishing a Novel Today".

Thoughts from the road and many special DC guests.

Thanks to Nikki Bonanni for choosing my book for her wonderful book club, and inviting me to meet the members.

Turning Your Life Into Art: A Workshop in Fiction, Memoir and Screenplay

A joint event with the Mavens of Mayhem, my local Sisters in Crime chapter.


By invitation only, but please send me an email if you'd like to attend.


New York Writers Workshop hosts three-day pitch conferences in New York City for writers of fiction. The conferences are offered twice a year, in the spring and fall, with sections for those writing for adults as well as for children and young adults.

Participants polish their pitches with the help of conference leaders who are members of the New York Writers Workshop faculty, then they present them to three different editors from major New York publishing houses. Editors provide feedback and may request proposals and manuscripts after the conference.

Panel Discussion: Self-Published, To Be or Not to Be

This event is brought to you by The Golden Notebook, but is being held at the Woodstock Christian Science Church for handicapped accessibility. 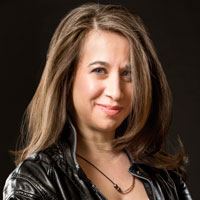