Made It Moment: Kay Kendall 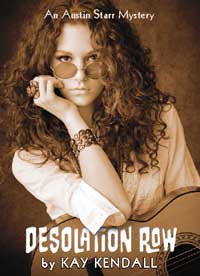 I love Kay Kendall’s Moment because it reminds us all to focus on the moments–plural–along the way, and that is a lesson that every writer must learn. Self, I’m talking to you.

If there’s one thing I’ve learned during the first third of my own crazy debut year, it’s what the authors in this forum have been trying to teach me all along. There is no Made It Moment. You can always look up or down the ladder. Stephen King yearned to be regarded as a man of letters (till The New Yorker finally started giving him his due). Unagented writers want an agent, unpublished ones a contract; self-published authors want more sales, people who haven’t written that first daring word yet want a finished manuscript. The perpetual state of want keeps we writers hungry, an arguably necessary condition. But messages like the one Kay is about to offer now will keep us happy.

You see, Kay discovered that it’s all about the numbers. Thirteen of them. Read on. 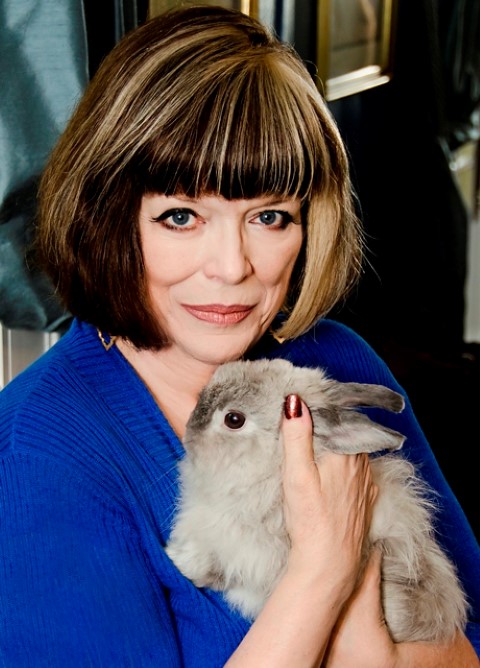 Soon after I announced the coming publication of my debut mystery, Jenny invited me to participate in this “Made It Moment” series. Of course I accepted her generous offer, even though I was only at the first mile post of a journey that could stretch out for many miles, with various “made it” stations along the way.

Let’s back up a few years, to when I began that journey. I entered the starting blocks at the onset of the new millennium when I set two goals. First, I was going to write a book. (In the process, I learned it’s customary to call your work in progress either your manuscript or your pages. The term book is reserved for something published.) After several years, I completed that goal (slightly revised to say manuscript), stood still for a moment to savor that victory, and then proceeded on down the road to my next goal—getting a contract to have my novel issued by a real publishing house. Alas, that never happened. I laid my first manuscript aside and took a hiatus.

Nevertheless, something still compelled me to write. For my second manuscript I chose the broadly defined mystery genre, and my degrees in history inspired me to emulate the sub-set of thrillers set during and between World Wars I and II. The result is Desolation Row, published this spring by Stairway Press of Seattle.

Desolation Row takes place in 1968, in Toronto, Canada, during the Vietnam War when American expatriates become enveloped in murder and suspense involving one of their own. The homesick bride of an anti-war activist must prove her husband did not murder a fellow draft resister, the black-sheep son of a U.S. Senator.  The first in a series, Desolation Row introduces amateur sleuth Austin Starr, recruited by the CIA because of her knowledge of Russian history and language. She gives up the spy game when she flees to Canada with her new husband but never loses her passion to investigate.

When the publisher of Stairway Press said he would publish this book, I was overcome with joy—and not a little relief. After performing due diligence about the company, I agreed to sign the Stairway contract. When the paperwork arrived in the mail, already signed by the publisher, my “made it moment” was about to hit.

I read through the contract slowly until I reached the ISBN numbers—one each for the paperback and for the electronic version. I could only stare at these beautiful numbers that sealed the fact that this was all real, not a dream. My second goal was achieved. I was becoming a published author. Yes, seeing those little ISBN numbers constituted my own made it moment.

Since that breathtaking day I’ve had other smaller such moments, and I’m careful to stop to relish each one. Receiving my first check, getting two bestselling authors to write cover blurbs for me, seeing my book listed on Amazon, talking by Skype to book club members who’ve chosen to read Desolation Row, and so on.

None of these however—wonderful as each was—packed the stunning wallop of those two International Standard Book Numbers.

Kay Kendall grew up in the bucolic Flint Hills of Kansas but dreamed of returning to her father’s ancestral home of Texas and also of becoming a latter-day Nancy Drew or John le Carré. Instead, higher education and circumstance led her down a long and winding road (footnote, the Beatles) to graduate studies in history at Harvard, to Canada, international corporate communications, work in Russia, and finally, finally, her beloved Texas.

She is writing her second Austin Starr mystery, Rainy Day Women, at her Texas home shared with her husband Bruce, Wills their cavalier King Charles spaniel, plus five house rabbits. Her next aspiration is to become an author able to say she “lives part-time in the Cotswolds,” an anglophile’s version of her upbringing.